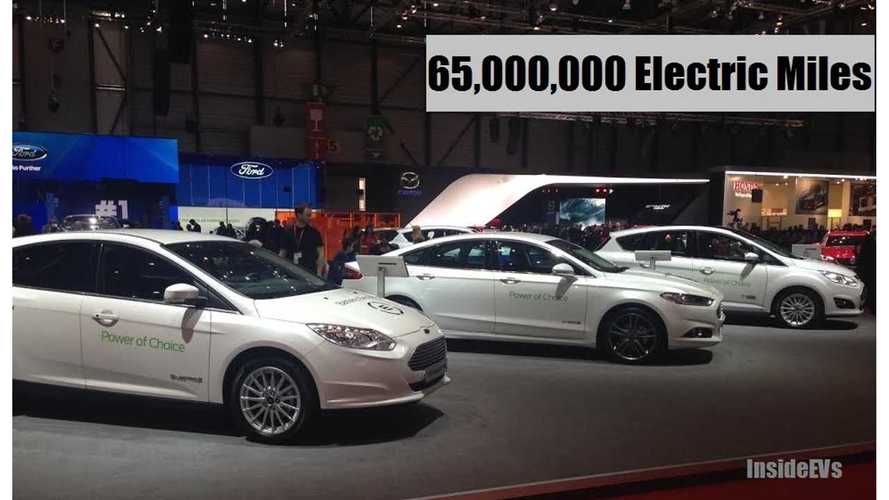 Every now and then the 3 largest sellers of electric vehicles publically tout their offerings' total "all electric miles driven" numbers:

But what of Ford?

Recently the company has been selling a lot more plug-in vehicles; in fact for February no other auto maker in North America sold more.

Well, much like their reporting of the monthly sales, Ford does things their own in way.   But in the end, we still get the information we need to know.

Today, via a bulletin to employees we know how many EV miles Ford's plug-ins have driven:

"I’s so rewarding to see our customers enjoy the products not just as hybrid vehicles but as great all-around vehicles, and that’s exciting for the team. Through January, data on our plug-in vehicles (Ford C-MAX Energi, Ford Fusion Energi and Ford Focus Electric) shows us that the total number of electric miles driven for Ford customers has surpassed 65 million miles, increasing at a rate of 290,000 electric miles per day."

Ford also notes how much CO2 has been saved, and how customers are utilizing their Energi products:

"...over four million kilograms of CO2 has been avoided by driving electric in our Ford plug-in vehicles. The data is also shows that customers are taking occasional longer trips and the Energi products are able to accommodate, but nearly all weekday trips are performed in electric mode."