UPDATE: Anti-Tesla Legislation Gets Passed in New Jersey Without Allowing Public Comment Until After the Fact 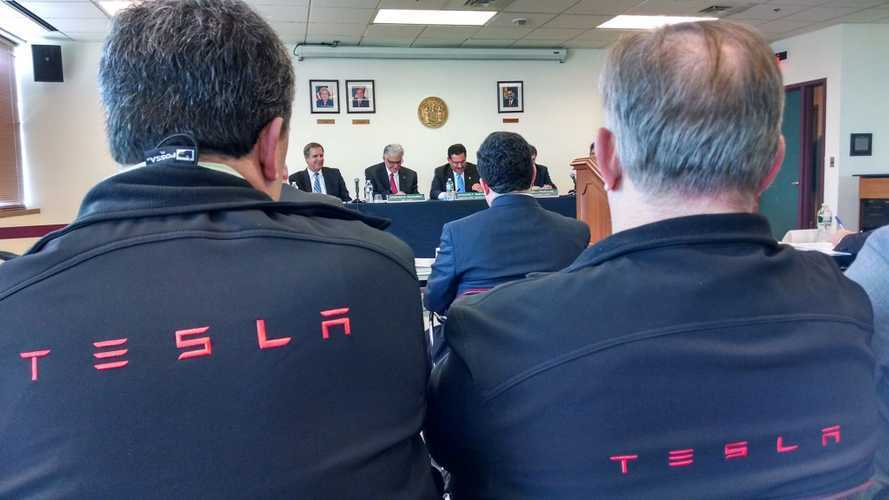 The anti-Tesla legislation in New Jersey was approved without allowing public comment, despite the fact that over 100 people showed up to protest the passage of this legislation that will ban Tesla sales in the state effective April 1, 2014.

Our man on the scene, Tom Moloughney, says it was a packed house in support of Tesla, but the approval came down without even hearing from those who wanted to make the case that Tesla's direct sales approach is fine by them.

Moloughney tells us that they are now allowing comment for 3 minutes per individual, but the legislation has already been approved, so it's a done deal for Tesla.

Why field comments after the fact?  Just to say they allowed the public to voice their opinions, though those opinions have no impact on the already passed legislation.