Despite the Rumors, VL Automotive is Not Doing a Tesla Model S V8 Conversion 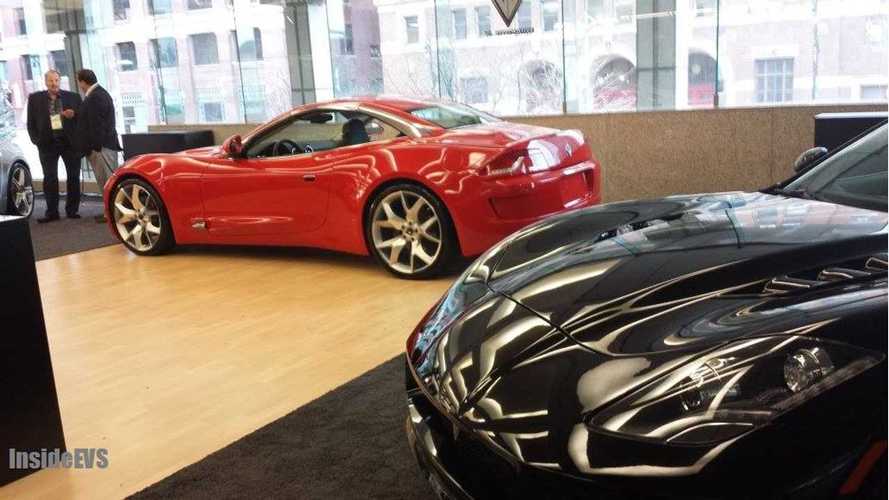 At the 2014 Detroit Auto Show, Bob Lutz, an investor in VL Automotive, made a comment to the Detroit News.

The comment has now taken on an entirely new meaning thanks to the spread of misinformation on the Internet.

When asked if the VL Destino conversion (a Fisker Karma with a ZR1 V8 in place of the plug-in hybrid hardware) would be available to Tesla Model S owners, Lutz responded:

As the Detroit News reported the exchange:

Will the conversion be available to Tesla Model S owners?

Somehow that comment has been given new meaning in the form of VL will offer Model S conversions.

Lutz was simply implying that Model S owners could certainly buy a VL Destino.  He had no intention of his comment taking on the meaning of VL will convert Teslas.

Lutz is no fool.

As we all know, the Model S' battery pack is a structural element of the vehicle.  It can't simply be removed and replaced with a V8 without compromising the integrity of the vehicle.  Furthermore, the Model S has no drive shaft tunnel, so how in the heck would power from a front-mounted V8 get sent to the rear wheels?  Where will the exhaust components go? Or are we thinking that somehow VL will do a front-wheel-drive V8 Model S?  Nonsense, we say.

If VL elected to convert a Model S (trust us, the automaker never will) the costs would be astronomical, not to mention that VL would have no source from which to get the Model S, unless it were to scour the salvage yards or take owners' vehicles in for conversion (good luck finding a Model S owner who wants to ditch the electric drivetrain and free Supercharger "fuel" that comes with it.)

We understand what you meant Mr. Lutz.  Unfortunately, others have misunderstood your one-word reply.