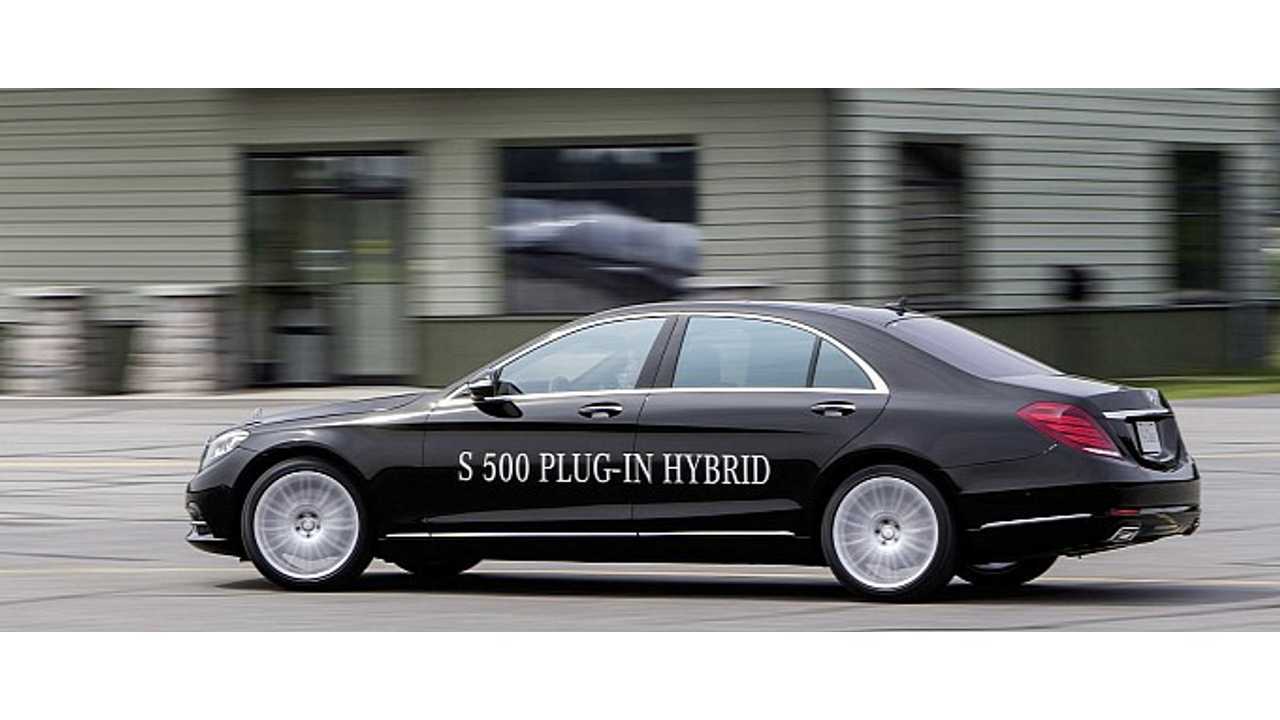 We now have a clear view of the plug-in vehicles from Mercedes-Benz that are US-bound in the near future.

First up for the US is the Mercedes-Benz B-Class Electric Drive, a BEV that's set to launch in select states this summer:

“…B-Class ED will be available starting summer 2014 at authorized Mercedes-Benz dealers in select states — CA, CT, MD, OR, NJ, NY, RI and VT — and then nationwide in early 2015.”

Then we have the Mercedes-Benz S Class S500 Plug-In Hybrid.  This is scheduled to go on sale in the US during the first half of 2015.  We suspect Mercedes will offer this on the nationwide level.

The 2015 Mercedes-Benz S500 Plug-in Hybrid will arrive at dealerships in Germany in late 2014.

Lastly, at least in the near term, is the plug-in hybrid C-Class.

Few details are known at this time, other than that it will enter the production cycle sometime in 2015 and will launch in the US by late 2015.  It'll be a 2016 Model Year vehicle when it goes on sale in the US.

For now, that's all we see in the pipeline for Mercedes-Benz in the plug-in vehicle segment.