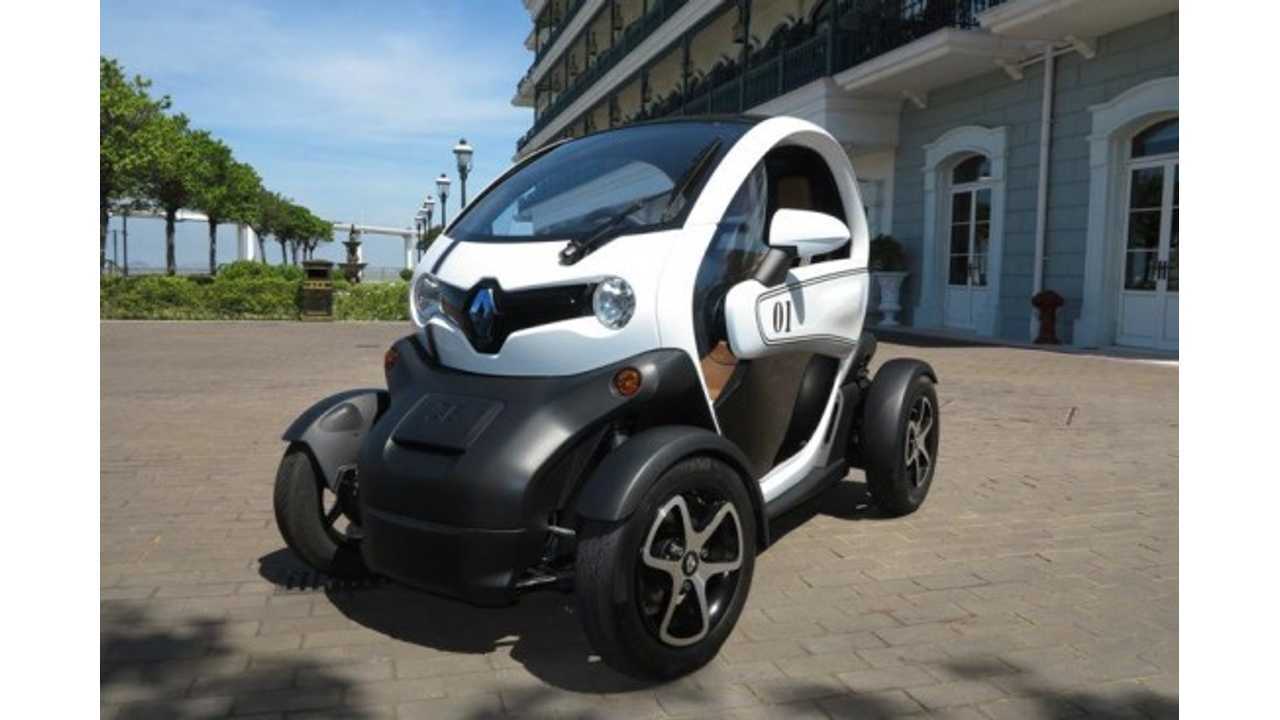 The electric Renault Twizy is now officially available in Macau.

First deliveries of the Twizy got underway in Macau just a couple of weeks ago.  General Manager of Renault Macau, Wilson Mok, says Macau is home to less than a dozen electric vehicles (10 of which are Twizys), but he thinks Twizy will be well received there.

Mok thinks that sales of the Twizy will increase in Macau if the government there commits to building out the charging infrastructure:

“To cope with the city’s development I think the government should support the establishment of more charging stations, as implementing an electric car system is a great benefit for the whole region."

“We are trying to introduce this concept to hotel management teams, helping them to become aware that environmental protection is the kind of philosophy we should adopt in a period of development; for instance, Rocks Hotel has been supporting us and they are also thinking of implementing a charging system in their car park to support environmental protection measures."

"We need to make a bigger deal of supporting these kinds of cars circulating on Macau’s roads."

In Macau, electric vehicles are being pitched for their environmental cleanliness.  Mok says:

“No matter what, this is an electric car, so it means no gas and zero emissions. The noise level is also very low. That’s why it benefits the whole of the city of Macau, as it’s an environmental product."

The Renault Twizy is ideal for tourist-heavy Macau, as it provides a means for transport to and from hotels, restaurants and local attractions.