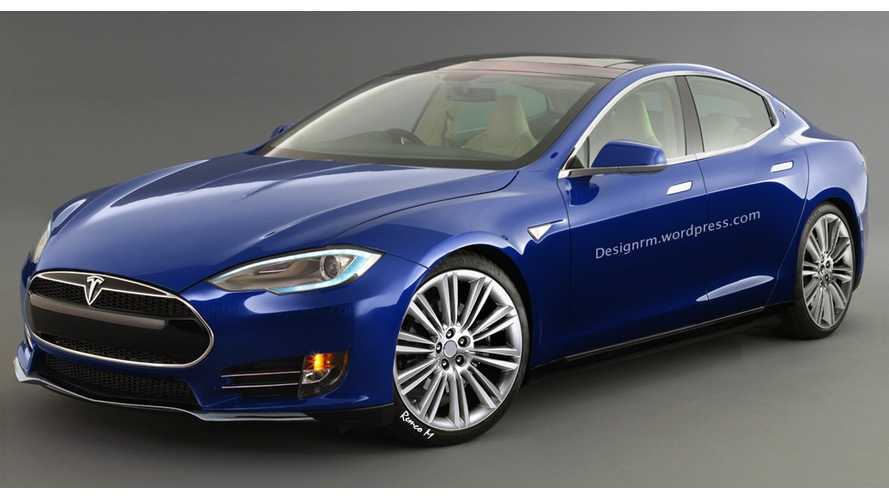 It's a baby version of the Tesla Model S.

Upon first glance, this 3rd generation (or Model E) rendering by RM. Design Blog appears to be a shrunken Model S, but look closer and you'll notice a fair amount of changes.

For starters, the lower section of the front bumper covering is more aggressively styled than the Model S with the addition of what's referred to as a chin spoiler.

Out back, the rendered Model E appears more squat and is noticeably more blocky in the rear.

All in all, we think this rendering does justice to the Model E and stays true to Tesla's design philosophy.

As of right now, the Model E is expected to launch in 2017 with a price tag of approximately $35,000.  It's still believed that range of the Model E will be in the neighborhood of 200 miles and it's been confirmed by Tesla CEO Elon Musk that the Model E will get free Supercharger access.

As for the renderer, his name is Remco Meulendijk from the Netherlands.  He's been honing his Photoshop skills since 2006 and is now looking to make this his profession.