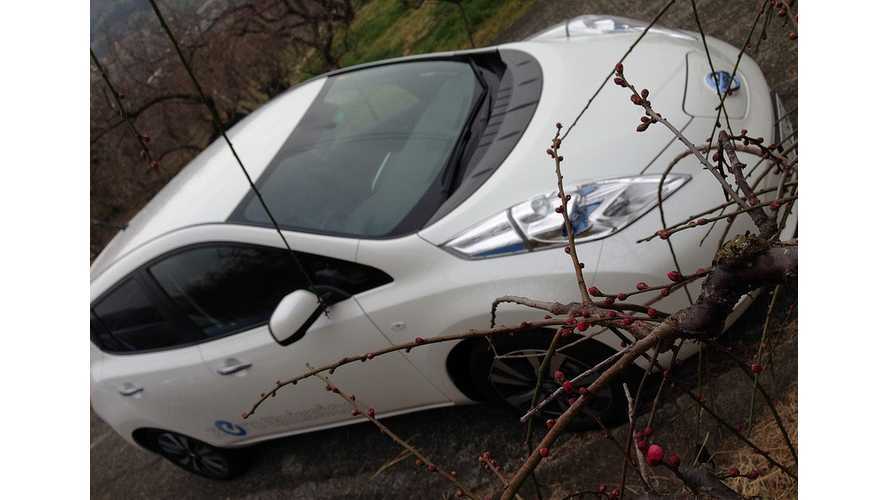 HB 257 Would See The Sun Set On $5,000 Credits For All Electric Cars Like The Nissan LEAF

Last week the rally call went out to supporters of plug-in vehicles to aid in convincing the Georgia House of Representatives to amend a bill (HB 257) to not include the removal of the state's $5,000 credit for the purchase of all electric vehicles.

Unfortunately that did not happen, as last Monday that bill passed;  it now heads to the Senate for debate.

As for the reasoning behind the removal of the $5,000 credit, as well as a $2,500 tax credit for low-emission vehicles - the advent of cheaper and cheaper plug-in cars is to blame according to Republican Rep. Chuck Martin in an interview with CBS46 Atlanta (video below) :

"My personal view on the policy is it shouldn't be so rich for the taxpayers to allow someone to buy a car for free," said the representation reacting to recent Nissan Leaf lease deals.

Mr. Martin figure that the liability to taxpayers by the end of this year could amount to about $30,000,000 in lost revenue.

Michael Beinenson, who penned an article here at InsideEVs asking for support in defeating HB 257 as it was originally written, was interviewed by CBS46 and said:

"I think it is extremely vital," of tax credit that saw him get a Nissan Leaf himself last year. "It was an expensive vehicle. It had higher monthly payments than I was paying at the moment."

The bill as it stands would remove the $5,000 credit completely.

However, it does now seem as though the national attention has perhaps softened the Republican's position somewhat, as Mr. Martin would now like to see the credit become a temporary event that would be more slowly phased out over time - as well as now also include plug-in hybrids, such as the Chevrolet Volt and Ford Fusion Energi.