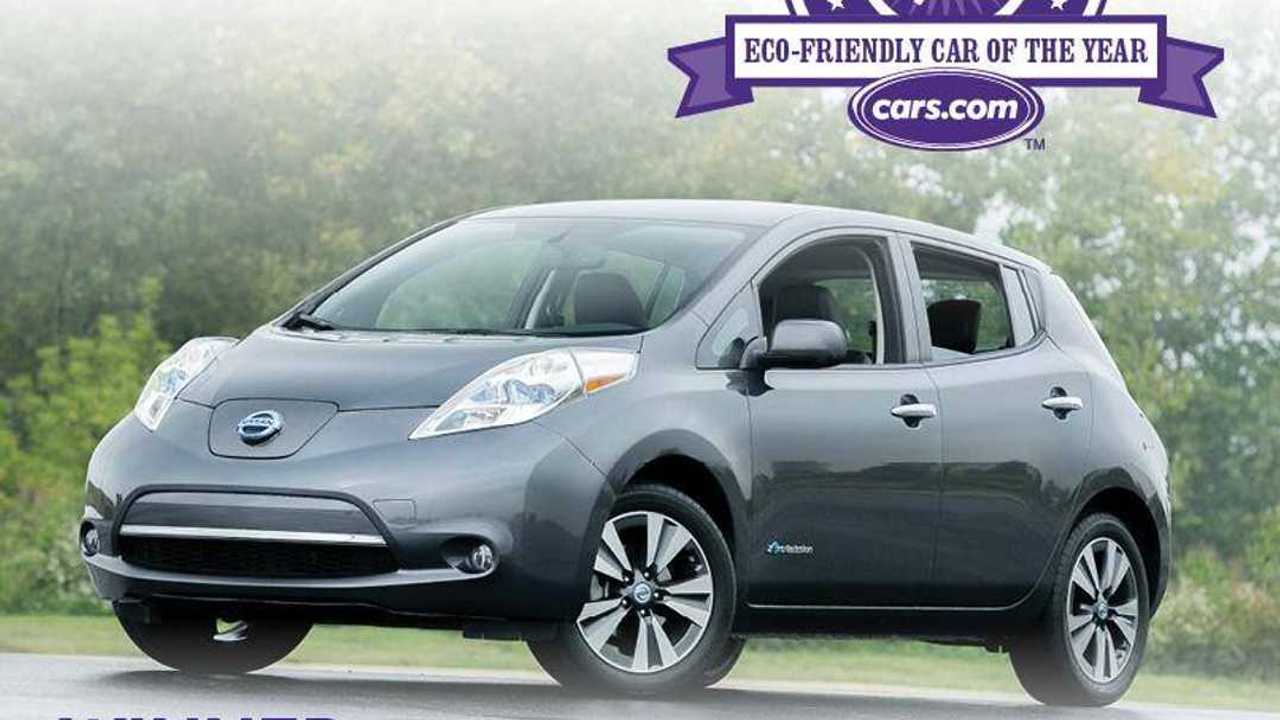 "The Nissan LEAF wins "Eco-Friendly Car of the Year" by Cars.com."

Which of the Three Would You Have Chosen as the Winner?

Cars.com has announced that LEAF beat both the Chevrolet Volt and the Volkswagen Jetta Sportswagen to take home the honor of Eco-Friendly Car of the Year in the Lifestyle Award Category.

Cars.com issued this statement explaining why it selected the LEAF grabbing as the winner:

"It's a testament both to the Nissan Leaf and electric cars that this model finds itself on top again, three years after its first appearance. Last year, the Toyota Prius reigned for serving the masses even as plug-ins and clean diesels proliferated. Since then the Leaf has unveiled two dramatic improvements: Its starting price is down nearly $6,500, and it now offers the option to recharge twice as fast on a 240-volt, Level 2 charging system. As a result, the excellent Leaf is accessible to more buyers than ever, and the battery can be fully charged at home in about four hours rather than eight -- and adds range more quickly when grabbing juice at a public charging point. Greater affordability and faster charging are key to building the EV movement. We welcome the proliferation of clean diesels, hybrids and efficient conventional gasoline-powered vehicles, but electrics still deliver on the promise of zero localized emissions and the ability to operate on power generated by a variety of fuels, including renewable forms. The low cost of operation and maintenance is just as compelling for consumers who care more about a different kind of green."