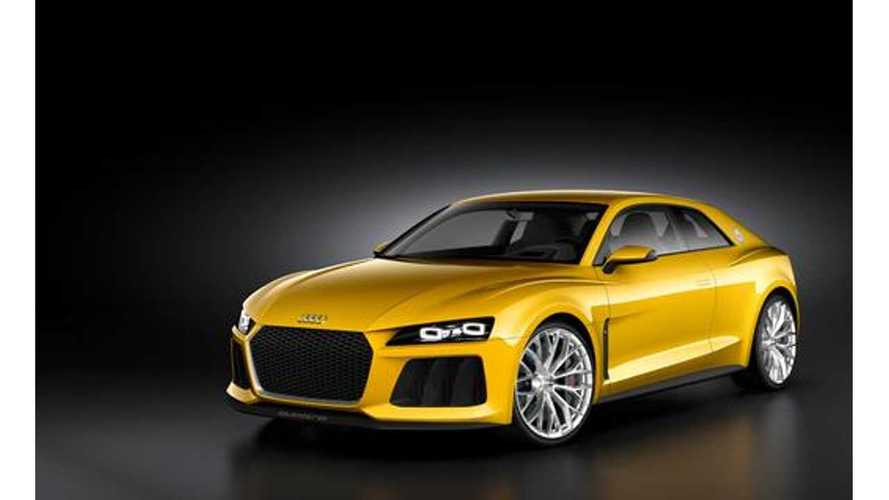 The Audi Sport Quattro Concept may indeed make it into production.

If it makes it to production, expect it to occupy a spot between the Audi TT and the uber-expensive Audi R8.

It actually makes sense to us for Audi to make this vehicle, as there's currently a huge gap between the TT and the R8 that could be quickly filled with this high-performance plug-in hybrid Sport Quattro.

Audi says the Sport Quattro's production could be justified if it were positioned price wise to have volume sales.   That means it would likely have to be priced in the $50,000 to $70,000 range.

“There are many driveline possibilities for the car.  It has a lot of potential due to the platform, one of them very powerful. If we have a car on the modular system, we can take other drivelines. It has a potential for bigger volume. To make this car requires a big investment, and it makes sense for us to widen its potential.”

While not directly ruling out the Sport Quattro's current plug-in hybrid setup, Hackenberg's quote seems to suggest that a cheaper powertrain may be fitted to the Sport Quattro before it makes it into production.

As of right now, these are the specs for the concept version: