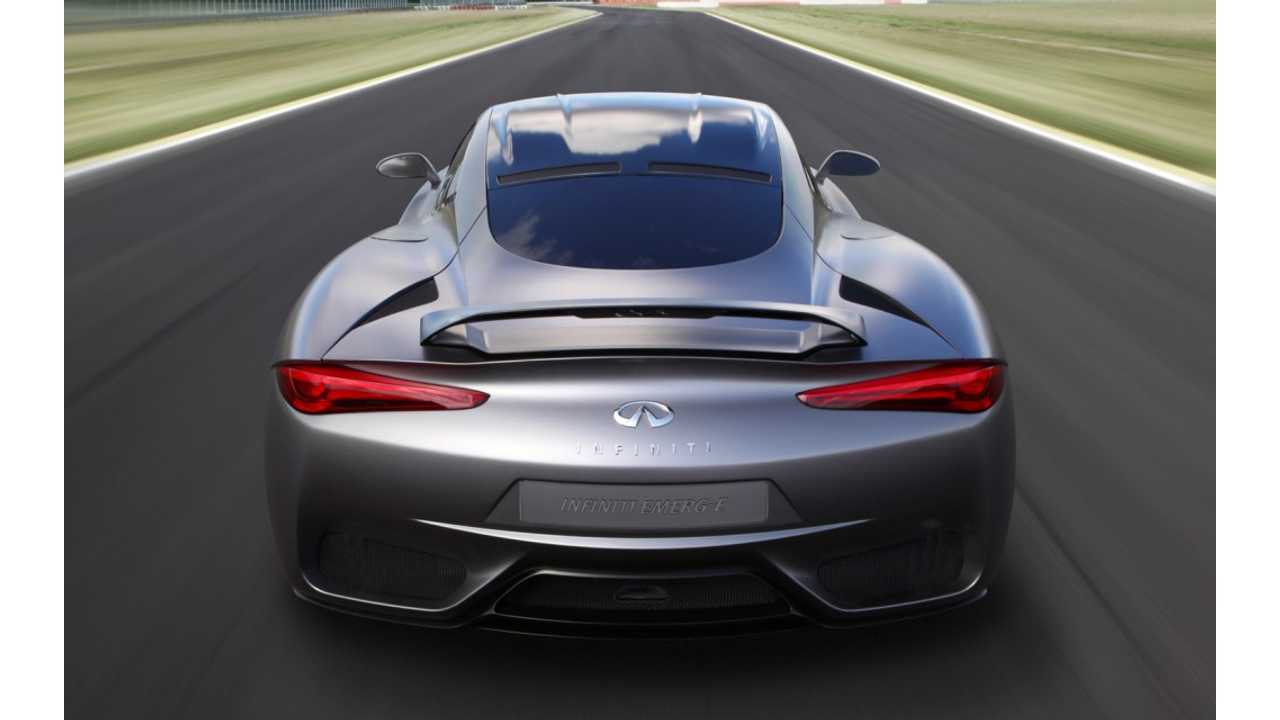 Infiniti's reluctance to produce the plug-in vehicles we so desire is truly starting to annoy us.

Both the Infiniti Emerg-E and the Essence concepts will not be headed for production...ever.

Instead, the world will get some 600 hp Infiniti that doesn't plug in.  It will have "multiple seats" though...woohoo.

But it will "not be mid-engined like the Emerg-E, nor a hybrid."

To which we say boo.