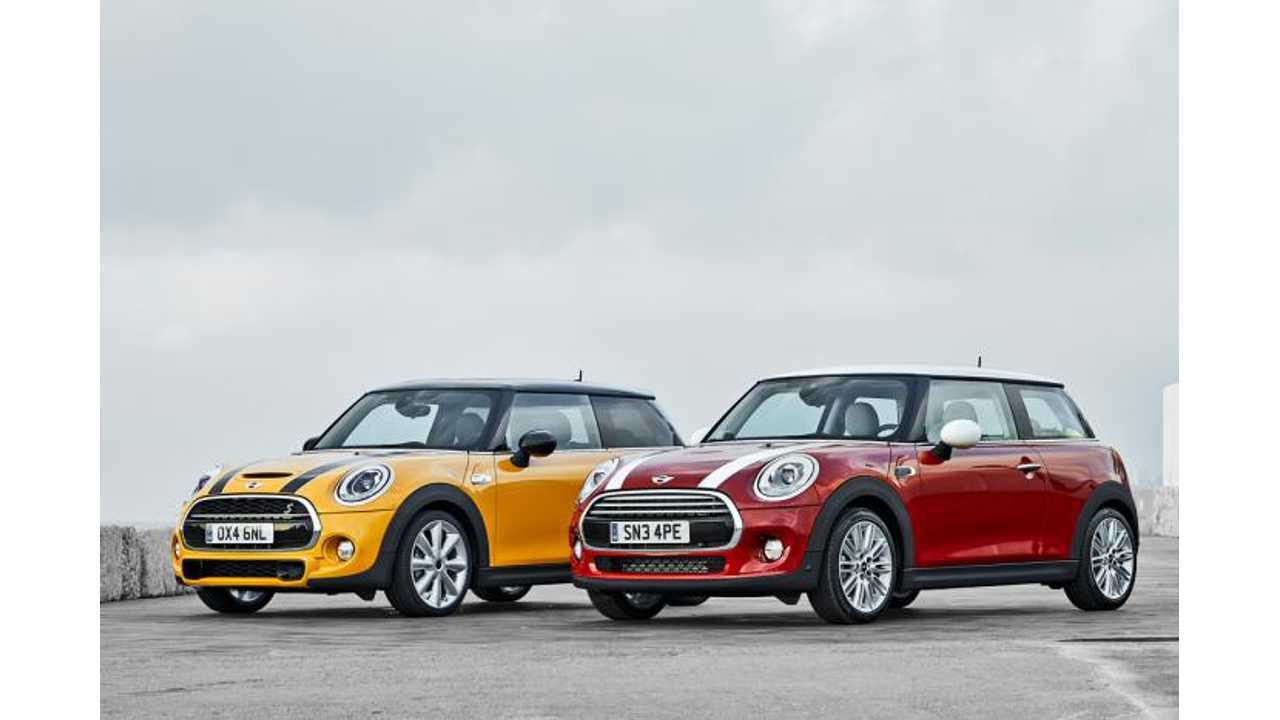 The 2015 Mini Cooper is all-new from the ground up.  It'll launch in the next few months.

Rumor has it that a plug-in hybrid version is on the way, as Mini execs have suggested we'll get a PHEV version at some undisclosed point in time (perhaps as early as 2015) in the future.

So, with the PHEV Mini coming, we wonder what plug-in hybrid gear it'll get.

The answer may lie in the BMW i8. 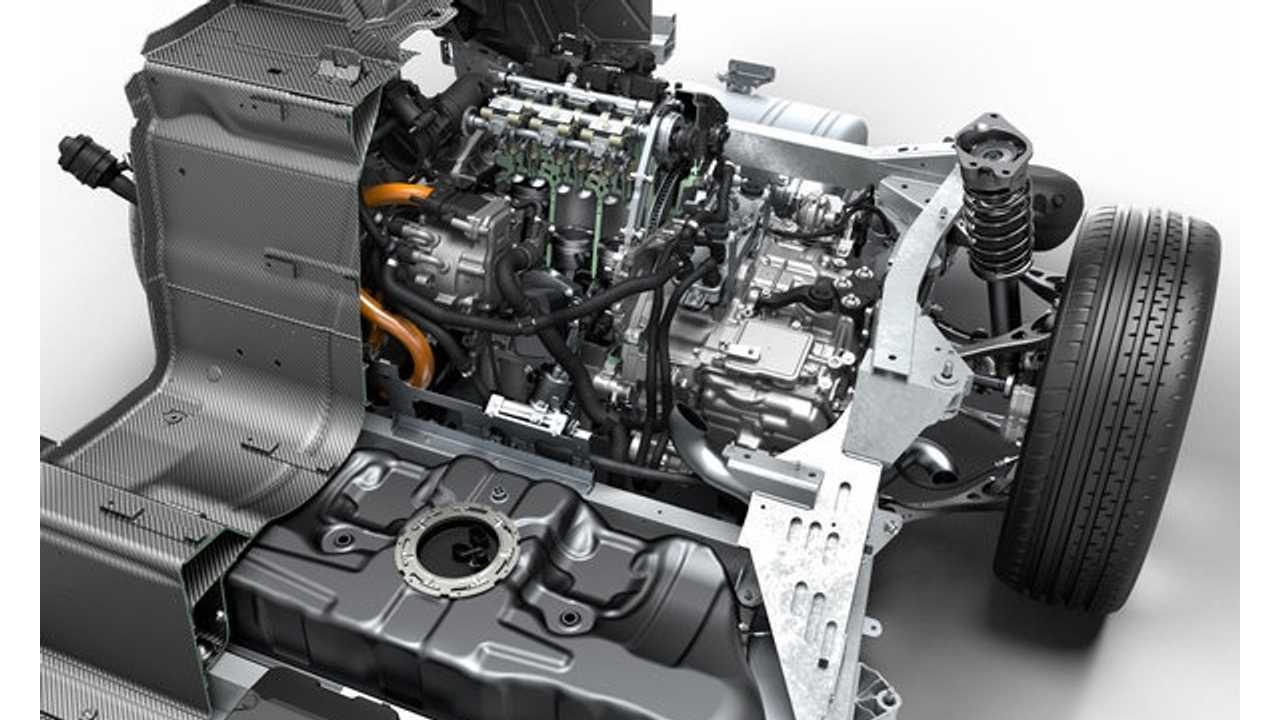 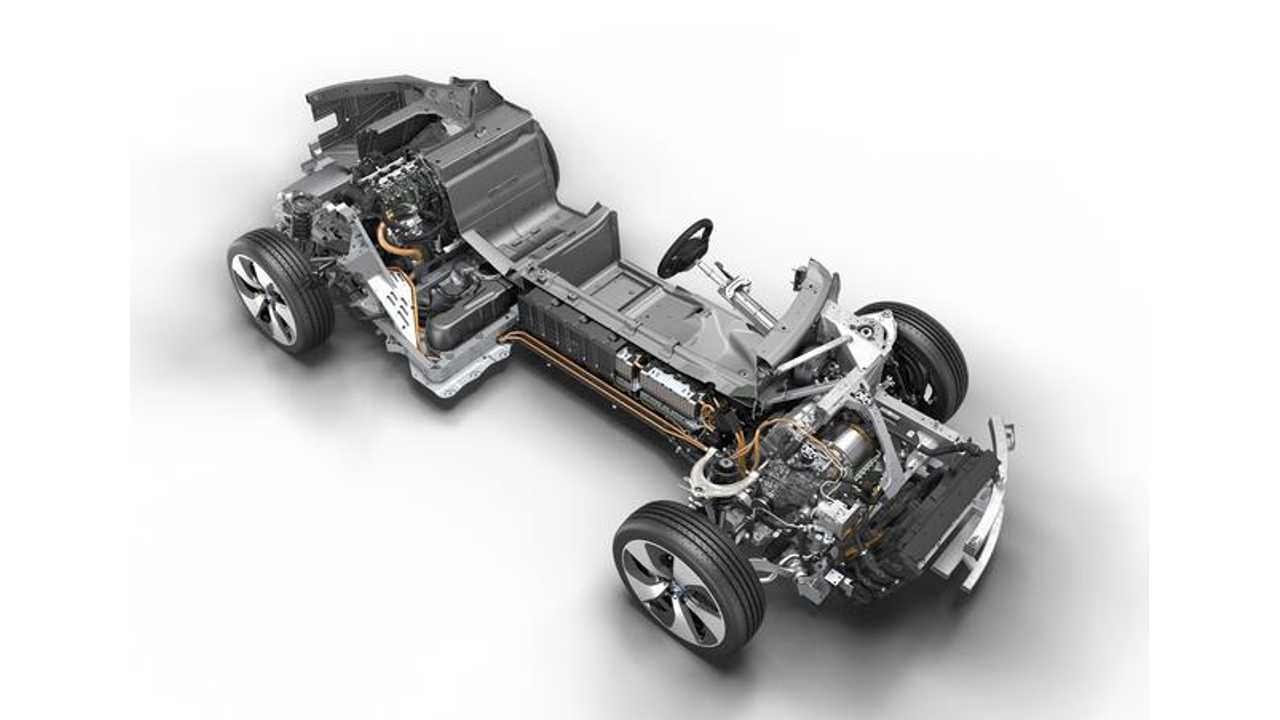 The BMW i8's 1.5-liter turbocharged three-cylinder engine is indeed on the engine offerings found on the upcoming Mini Cooper.

Of course, it's detuned in the Mini, but it's there.  Producing 134 hp and 162 pound-feet of torque in the Mini, the 3 cylinder is no slouch in terms of performance.  It's not the most powerful engine in the new Mini lineup, but that's where an electric motor can help out.

If paired with an electric motor, the 3-cylinder would get a boost in hp and torque, perhaps making the PHEV Mini the most powerful version offered.

Of course, this is all purely speculative, but since the i8 already utilizes the system, why not drop a detuned version into the Mini?  It would perhaps be the cheapest and easiest route for Mini to take with its PHEV version.

It makes sense to us to transplant the i8's powertrain into the Mini, though we do wonder if there's room to do so.

Maybe the upcoming PHEV Mini will only be a two seater?  That of course would prevent the Mini from stealing sales from the BMW i3.  And we're certain BMW has no interest in forfeiting i3 sales to benefit Mini, despite the fact that BMW owns Mini.