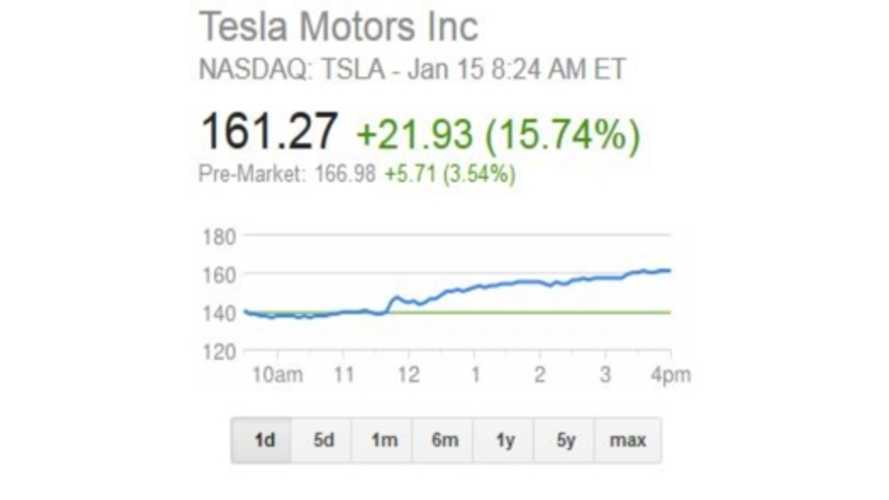 Following yesterday's Q4 Model S sales announcement, TSLA stock soared from its previous day close of $139.34 to over $160 per share, a single-day increase of over 15%.

For Tesla, this is a significant rebound after some post-collision fires led to a stock price dip that started on November 5.

Tesla's stock volume yesterday was more than double its average, too.

It's clear to us from the numbers that sales (especially higher than expected sales) are what drove up TSLA.

6,900 Model S sedans sold globally in Q4 is a remarkable figure, but it's one that's easily beat by the Nissan LEAF in terms of Q4 sales on the worldwide level for BEVs.