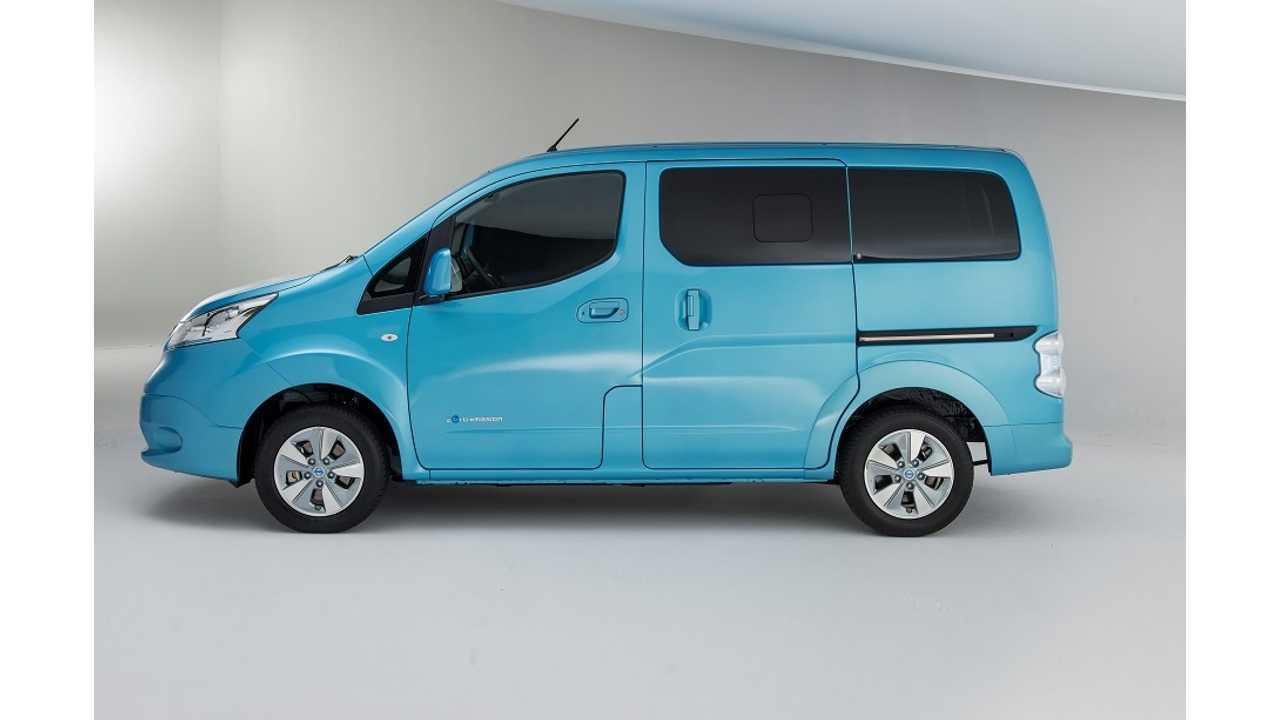 Taxi Electric, based in Amsterdam operate a fleet of 25 Nissan LEAF

Nissan announced that the first company to use the new e-NV200 in Amsterdam will be Taxi Electric.

The Netherlands company, which already has fleet of 25 LEAFss, will get one e-NV200 this summer.

The first 10 LEAFs, bought by Taxi Electric in November 2011, have covered over 100,000 km each and, according to press release, are extremely reliable (no battery capacity fade information provided though). The whole fleet of 25 units now has 1.5 million cumulative kilometers on their odometers.

"Taxi Electric, based in Amsterdam operate a fleet of 25 Nissan LEAF vehicles and were the first private taxi service to switch to a fleet of 100% electric taxis in November 2011. The Dutch company's fleet of Nissan LEAF's have now amassed a trouble-free 1.5 million km in taxi operations- clear proof of the electric vehicle's high quality and reliability."

"Taxi Electric was one of the first electric taxi companies in the world, and I've been impressed with their progress since their launch two years ago. They were the first to prove that zero-emission taxis - in the form of Nissan LEAFs - are a viable alternative. They have covered an astonishing distance in their fleet in such a short time and have shown just how reliable our electric technology is in a demanding environment. Their pioneering spirit closely matches ours and we are certain they will continue their success with the ground-breaking Nissan e-NV200."

"Two years ago we started with 10 Nissan LEAF. Each of these travelled well over 100,000 km and proved to be extremely reliable. Since last summer demand for our taxis is growing rapidly which allowed us to double our fleet.  We are very excited about the e-NV200 as it is designed to be a taxi. This will improve our offering and open new business opportunities for us."

Series production of e-NV200 begins in May with deliveries beginning this summer.

Taxi Electric, based in Amsterdam operate a fleet of 25 Nissan LEAF