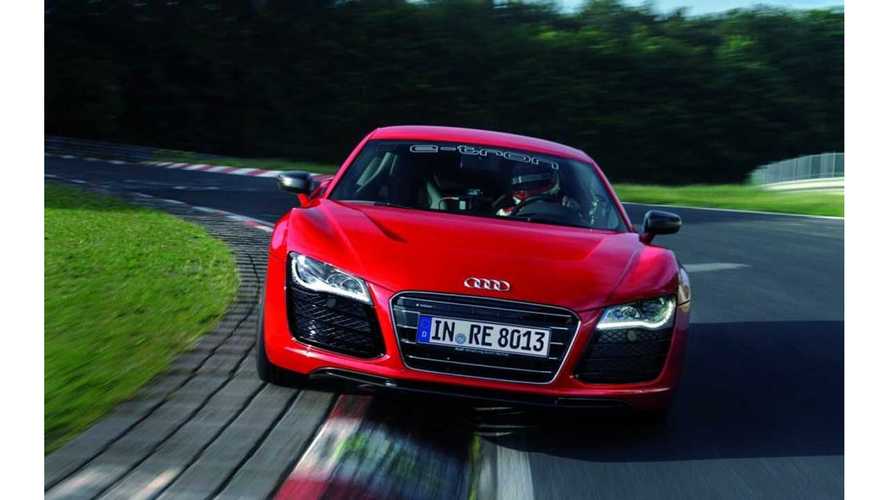 We've been keeping a close eye on the Audi R8 e-tron for a reason that those out of the know won't understand.

If you recall, last time we reported on the R8 e-tron, Audi claimed that its range jumped from 134 miles to 248.5.

That jump in range convinced Audi to re green light the development of the vehicle.

Now, Audi technical chief, Dr. Ulrich Hackenberg, is confirming that the R8 e-tron in back in the development stage.

It's due solely to this range increase that the R8 went from shelved to back in development.

“I had a deeper look into the technology and found the problems were the range and the cost, so we are currently working on optimising those.  The original concept was based on battery modules, we’ve now taken the step to use a different type of battery.”

The battery breakthrough we've all been waiting for seems to almost be upon us.  How else could the R8 e-tron magically jump from 134 miles of range to 248.5?

Hackenberg says the R8 e-tron will be a “tech carrier for other models.”

"With battery tech now it is vital to have plug-in hybrids, but as batteries improve we will move more towards all-electric."

If that's not Audi doing a 360 then we're not sure what is.  Audi goes electric.  Hard to imagine, ain't it?