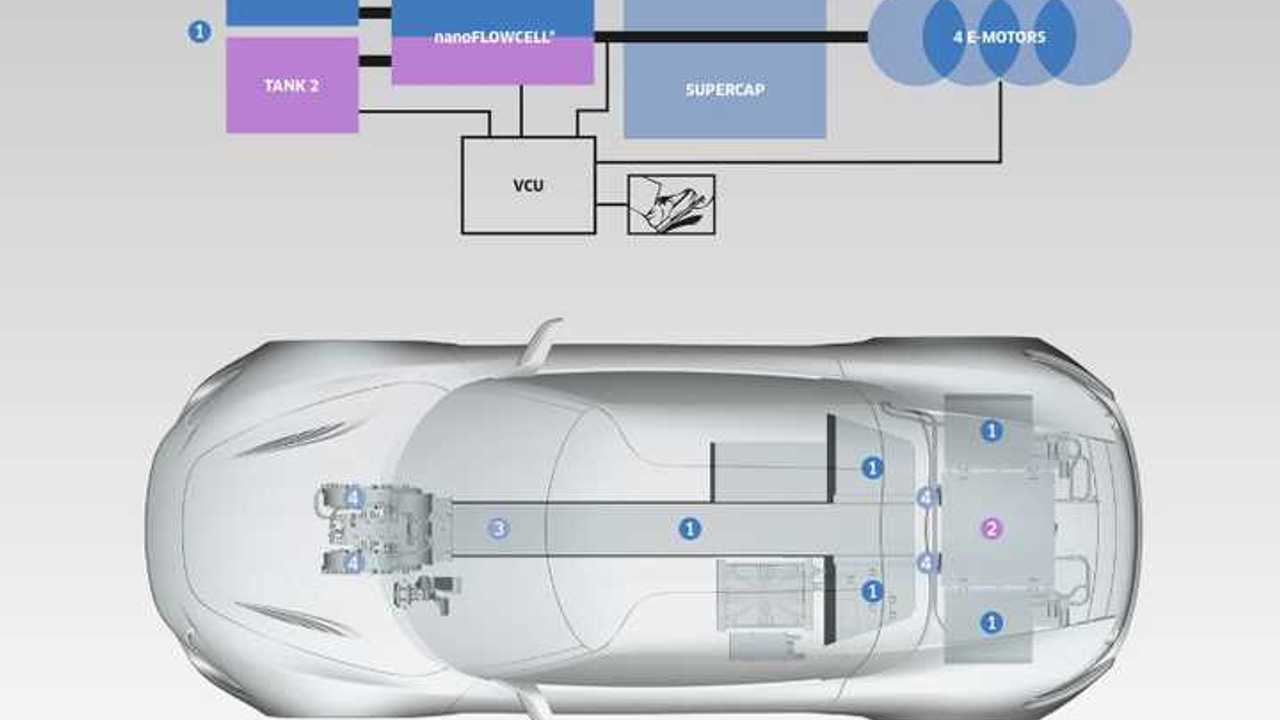 The Swiss QUANT e-Sportlimousine from nanoFLOWCELL is as stunning research concept car, which recently debuted at Geneva Motor Show.

Its main innovation is use of flow battery, which enables it to drive for 600 km.

The 120 kWh battery has an energy density of up to 600 Wh/kg according to nanoFLOWCELL.

Looking at the data published by nanoFLOWCELL, we could ask an open question about the use of this type of battery in a long range truck. Why not in a truck?

We know that Siemens is doing some research to try out an eHighway with a special infrastructure above main roads (but a world wrapped in wires doesn't appeal to us).

There is huge problem to do long range trucks (500-1000 miles) because the battery pack must be very big, heavy, expensive and when you reach the end of the route, you need to recharge 500 kWh, 1,000 or 2,000 kWh in a short period of time from extremely high power chargers.

But what if we used flow batteries in trucks? The range would be okay (at least with two tanks with 1,000 liters of electrolytes and hundreds of kWh of energy) and you don't need to recharge it electrically - just swap both electrolytes for fresh ones at the refueling station.  Is this idea reasonable?

Why not start from cars? Well... QUANT e-Sportlimousine does not necessarily offer performances better than a Tesla Model S. Of course, the acceleration is quicker with the QUANT, but Tesla could just increase the size of the battery pack, use supercapacitors and add a front drivetrain to match the quickness of QUANT. Range is similar and we basically don't need 600 km at once all too often, especially when we have Superchargers every 200-300 km.

There is also a standardization problem with electrolytes - probably higher for dozens of cars manufacturers than for trucks manufacturers in a few large scale projects.

The big unknown that remains is total cost of flow battery/system.

But to us, this technology make sense for big rigs, not passenger vehicles.