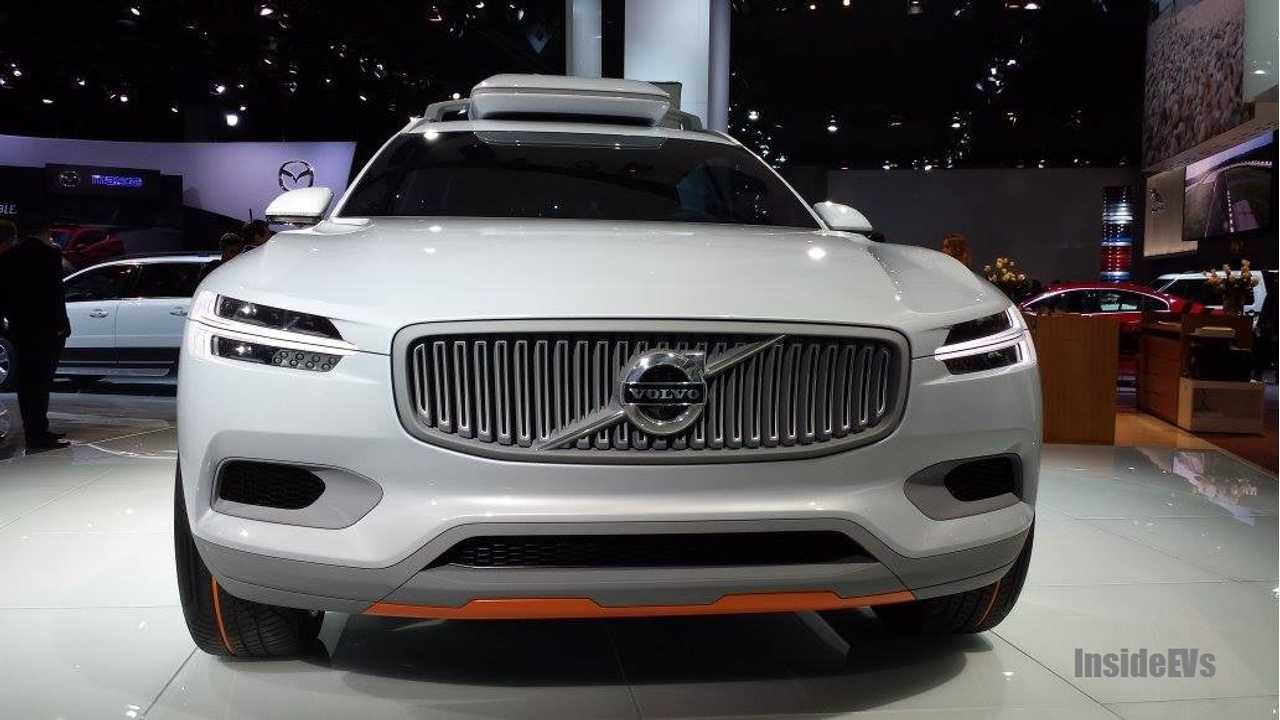 One of the most highly anticipated reveals at the 2014 Detroit Auto Show has finally taken place.

Volvo's Concept XC hit the stage in Detroit and was one of only a few meaningful debuts related to plug ins.

Concept XC highlights what we expect to see in the next-gen Volvo XC90.

Volvo says that the Concept XC will grow in size before its becomes the XC90, so look for future images of this vehicle to blow up before your eyes.

Volvo design chief Thomas Ingenlath is quoted as saying that the two-door, four-seat Detroit concept, “brings us a bit closer” to the new XC90.

“But it goes without saying that a three-row seven-seater will have a larger and fuller look than this four-seater."

The next-gen XC90 will launch with a PHEV version as soon as it hits the market, the Concept XC is important to us for this reason.

“At the moment we launch the XC90, we will also launch the petrol plug-in version. We have the four-cylinder turbo strategy – where we say, you know, we go full for four cylinders. We have a 300-plus horsepower (220kW) engine – at least 300 and the final “plus” we are still defining, as a basic engine. And then we get the electrification. So you end up with a 600Nm-plus car.”

“It’s the right combination between power and fuel efficiency, that’s what we believe.”

“It should be class-leading. We have very efficient powertrains, combined with electricificaiton, that’s always good. It’s always better than V6s or V8s. We want to have the power of the V6 and V8, however in a very modest way.”