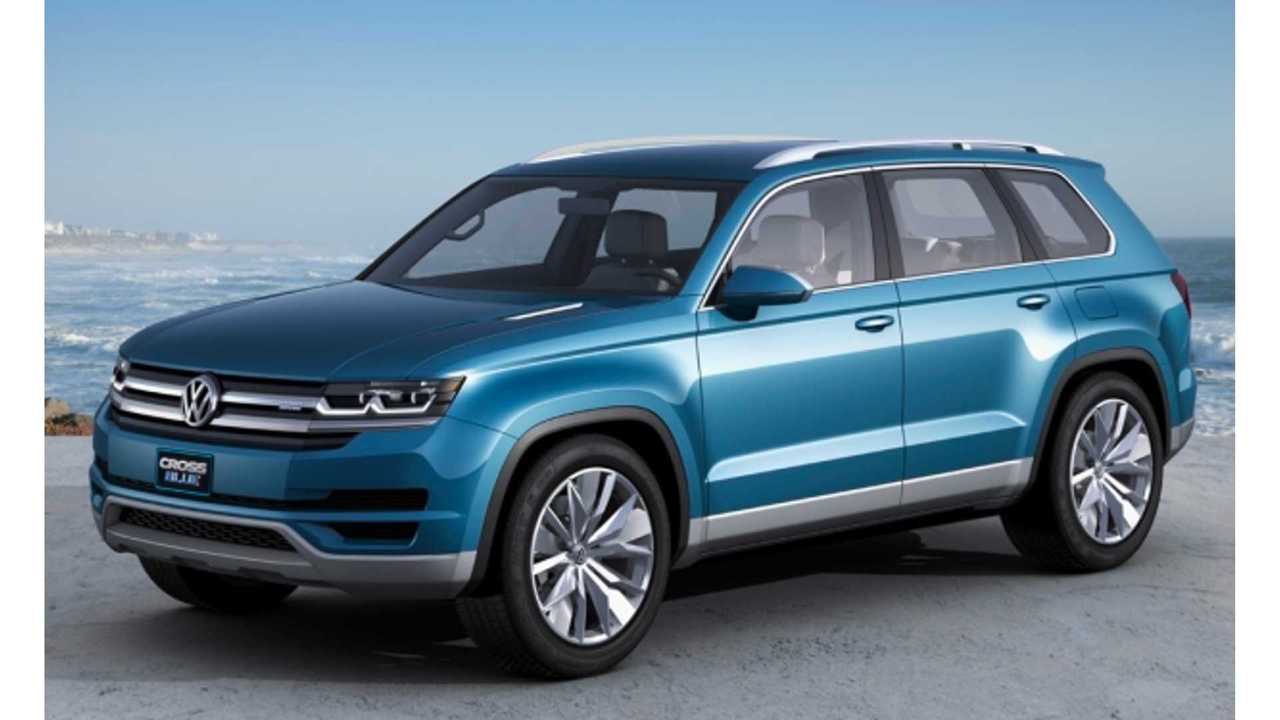 Volkswagen has officially confirmed that the US will get a CrossBlue-based 7-seat SUV in 2016.

The vehicle shown in these images "is that car" that we'll get, says Volkswagen of America spokesman Scott Vazin:

"The basic design is exactly what you'd see coming to market."

It's believed that the production version will make its worldwide debut at next year's Detroit Auto Show.

VW says that the CrossBlue is tailored for the US market, so we're not sure if it'll be sold outside of the United States.

As for specific details on the production version, those are still scarce.  We do know that the concept version is a plug-in hybrid and we suspect that the production one will be offered with a PHEV setup too.

VW To Have The First Extended Range Plug-In With Seating For Up To Seven?

Some reports say several engine options will be offered, including a PHEV setup.  We believe VW will indeed offer a PHEV version, but perhaps not from the get go.

When CrossBlue enters production, it'll get a name change, though VW is not yet willing to tell us what the SUV will be called.

Additionally, the platform that underpins the CrossBlue concept will be the basis for the next-gen Tiguan, which to us hints that the Tiguan may get the PHEV treatment too.

The VW CrossBlue is expected to have a base price of as low as $32,000 US, though we're certain that the PHEV version will cost significantly more.