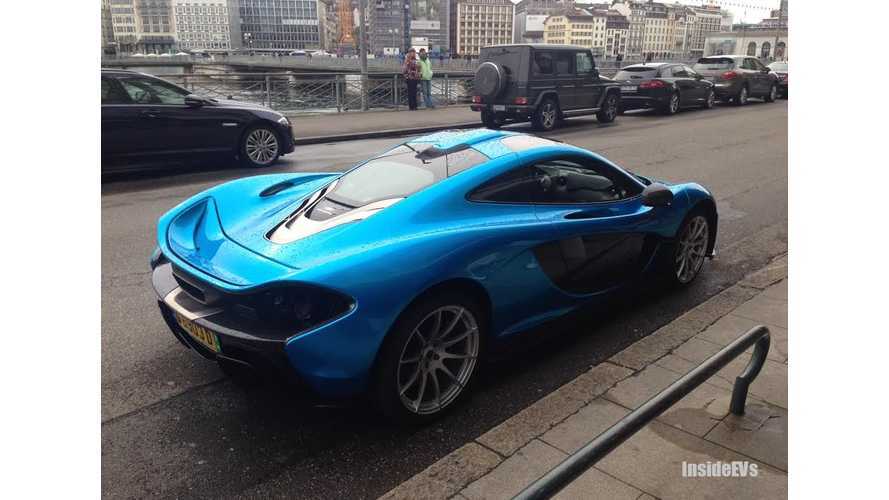 A Rare Moment Of Sun In Switzerland Today - Soak Up That Vitamin D While You Can!

Our camera lens just so happened to catch one of the world's rarest (only 375 will ever be built) and most expensive ($1 million plus) plug-in vehicles sitting on the side of the road in Geneva.  In the rain.  It only rains here.

Here's the McLaren P1, the plug-in supercar of supercars.

Obviously, the stunning P1 is not a common sight anywhere in the world, so getting a photo of one out in the wild is an extreme rarity.

This particular example was spotted outside of a hotel in Geneva, where we've got two guys from InsideEVs on hand to capture all the plug ins that take to the stage at the 2014 Geneva Motor Show.