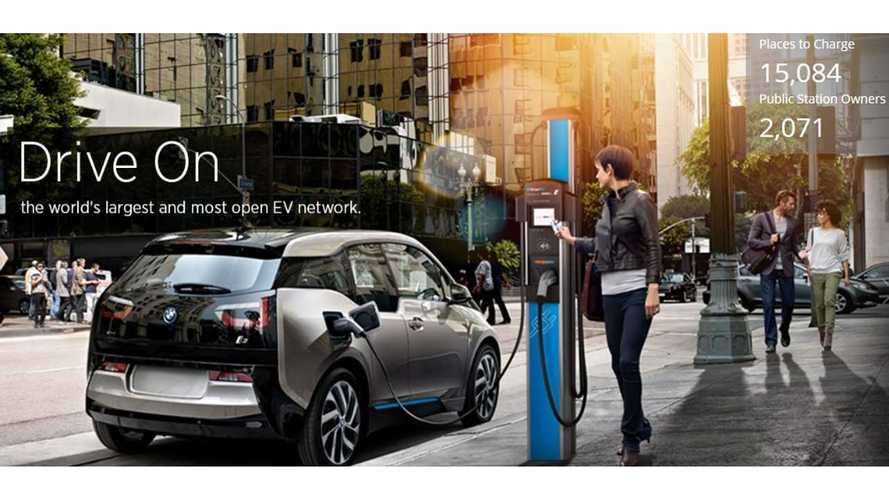 ChargePoint announced a few days ago that the current number of charging points in the Network exceed 15,000 units.  A more accurate number of 15,084 hangs on the ChargePoint website together with a number of 2,071 public station owners.

According to ChargePoint, its network has 70%+ share of all networked public charging stations on four continents including North America, Europe, Asia and Australia.

"Every 10 seconds, a driver connects to a ChargePoint station. By plugging in and charging over 4,000,000 times, ChargePoint drivers have saved over 3.5 million gallons of gasoline and avoided 36 million pounds of CO2 emissions."

Based on our previous post on the ChargePoint Network growth, we could try to predict how many points will added to the network in 2014.  At the average pace of 350 a month, it could be over 4,000 more.  Perhaps ChargePoint will reach 20,000 by the end of 2014.