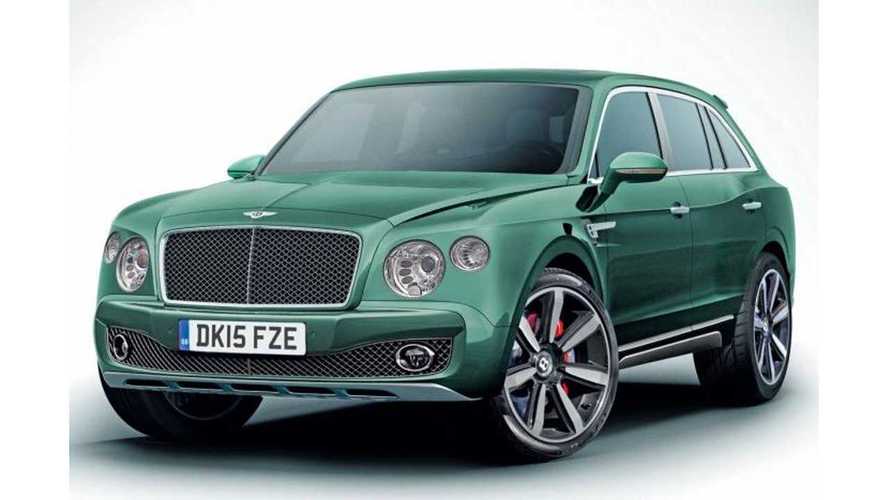 "Bentley's 4x4 will be its first model with hybrid tech, with the rest of the range to follow."

Bentley has reportedly confirmed that it'll offer a plug-in hybrid SUV starting in 2017.

The PHEV SUV will be the first of several hybrids to wear the Bentley badge.

According to Auto Express, Bentley's entire lineup will get the the hybrid treatment as each model becomes due for replacement.

“The SUV will be the first Bentley hybrid because it’s based on a new platform with new technology. You need space for batteries and the technology, so we probably won’t do that for existing models. We will see hybrid versions of all of our cars, though.”

So, it seems only one Bentley will be a PHEV, with the rest being conventional hybrids.  Ain't that a shame.  One's better than none though, right?