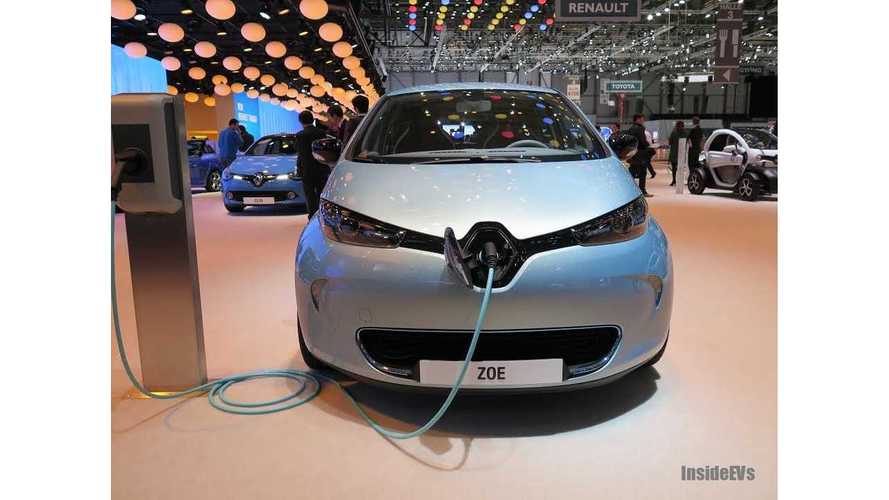 Renault has a sizeable display at the Geneva Motor Show today, and one of their main focuses is on the ZE (Zero Emission) lineup - Zoe, Twizy, Kangoo ZE (the Fluence ZE is now discontinued).

Besides just getting another look at the cars not seen in the US, we also got a first look at the just-announced "Flexi Charger" cable package that comes standard on the Zoe effective today.  (full details on that can be found here)

The "Flexi Charger" will let you charge at 3kW or 7 kW on a domestic socket using their "Green'Up Access" wall box; or just a plain old conventional 220V domestic socket (which at 10 Amps puts out about 2.3 kW)- something that was lacking on the model previously.

Inside The Renault Twizy At The Geneva Motor Show 2014

In none electric news, Renault also debuted the Twingo: