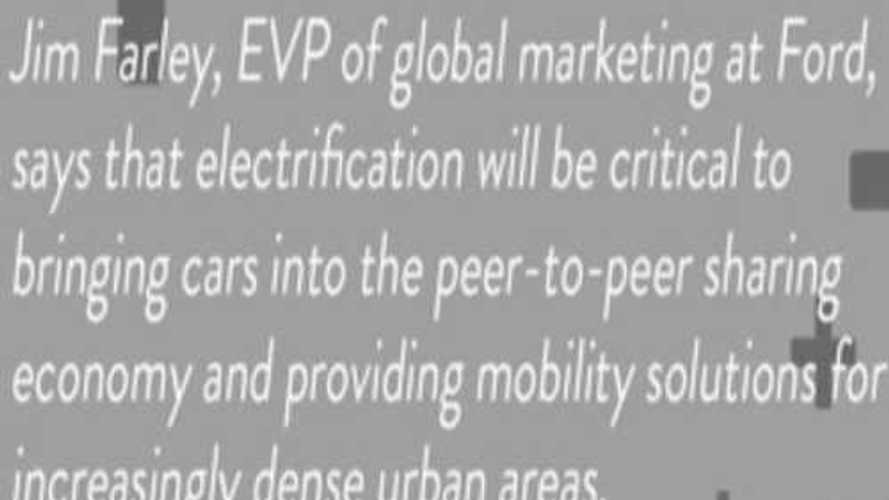 As Farley sees it, shared ownership of vehicles will become a growing trend in the future.  Farley says that peer-to-peer sharing is what we'll see emerge.

P2p plus electrification will become the definition of new mobility in some of the world's most populated cities, according to Farley.

Check out the video for more on what Farley thinks the future holds in terms of urban mobility.