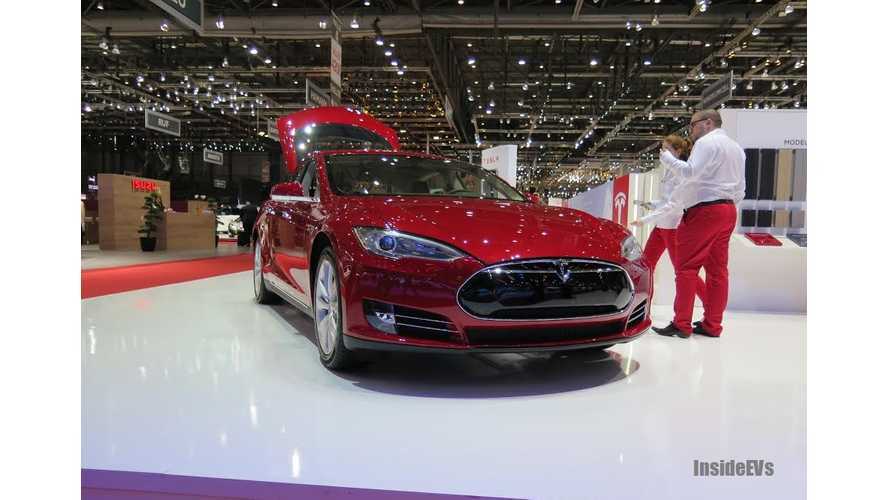 By: Eric Loveday
Outside of the US, the Tesla Model S has not been a common sight at the auto shows, but with the Geneva Motor Show being the biggest, baddest auto show in the world, you knew Tesla Motors would be there.

Unfortunately, Tesla had no reveals to show off.  Not that we expected the American automaker to debut say the Model X overseas, but we're always hopeful that something unexpected will appear on Tesla's stand.

The Model S is now widely available in most of Europe (minus the right-hand drive UK), but few of us on these shores have seen how the Model S plugs in over in Europe, so here's an up close look at the Mennekes connector (standard on Model S EVs in Europe):

As for the highly anticipated Model X, that will debut in the US shortly.  We hear it'll make is grand debut somewhere in California at a small-scale event.  Til then, we must try to patiently wait.