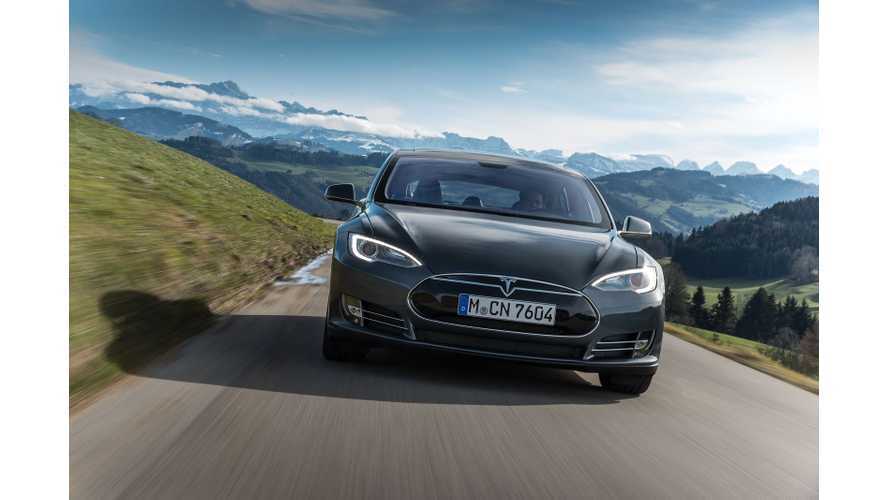 Editor's Note: Besides reporting on all the larger markets for plug-in sales (United States, Europe,  Japan, Canada, etc), InsideEVs also like to take a moment to spotlight other regions the casual electric vehicle enthusiast might not know about.  Enter our Romanian contributor Andrei Gloaba.

The Tesla Model S has finally reached Romania! Last month the first 2 (two) Tesla Model S with an 85kWh battery were registered in Bucharest. Just in time for Christmas and what better gift you could ask from Santa Tesla, then a 2013 Model S?

The first one was registered to a person on 20th but apparently was a used car, so we won't officially count that.  The second one however, was registered to a company on 21st of December and it is a brand new, never registered, fully-loaded (brand version P19) 85kWh Performance Model S.

We hope we will see more Tesla models registered into Romania and maybe some plans to expand the Supercharger network into Romania some day in the future.

With 28 Registeres This Year, the Fluence ZE by Renault Is The "Runaway" Plug-In Leader In Romania (sidenote: Fluence ZE production has now ceased)

In Romania, 279,562 cars were registered during the year 2013, but as electric vehicle adoption is still very much in its infancy in Romania, only a total of 36 electric vehicles were registered.  This means 0,01% from last year total number were EVs, a level that would be equal to about 2,000 plug-ins being sold in the US.  To put a positive spin on this figure, against 2012 numbers, registrations were up 240%,

The unchallenged Romanian EV leader is Renault with 28 Fluence Z.E. followed by Tesla with 2 Model S, then by Mitsubishi with 2 i-MiEV, Citroen with 2 cars, Toyota with one Prius Plug-in and at the end of the pack by Nissan with one Leaf.  Of note, the Leaf is not yet officially sold in Romania and NO plans are in place accordingly to Nissan representatives from SAB (Bucharest Auto Show) – full story here.