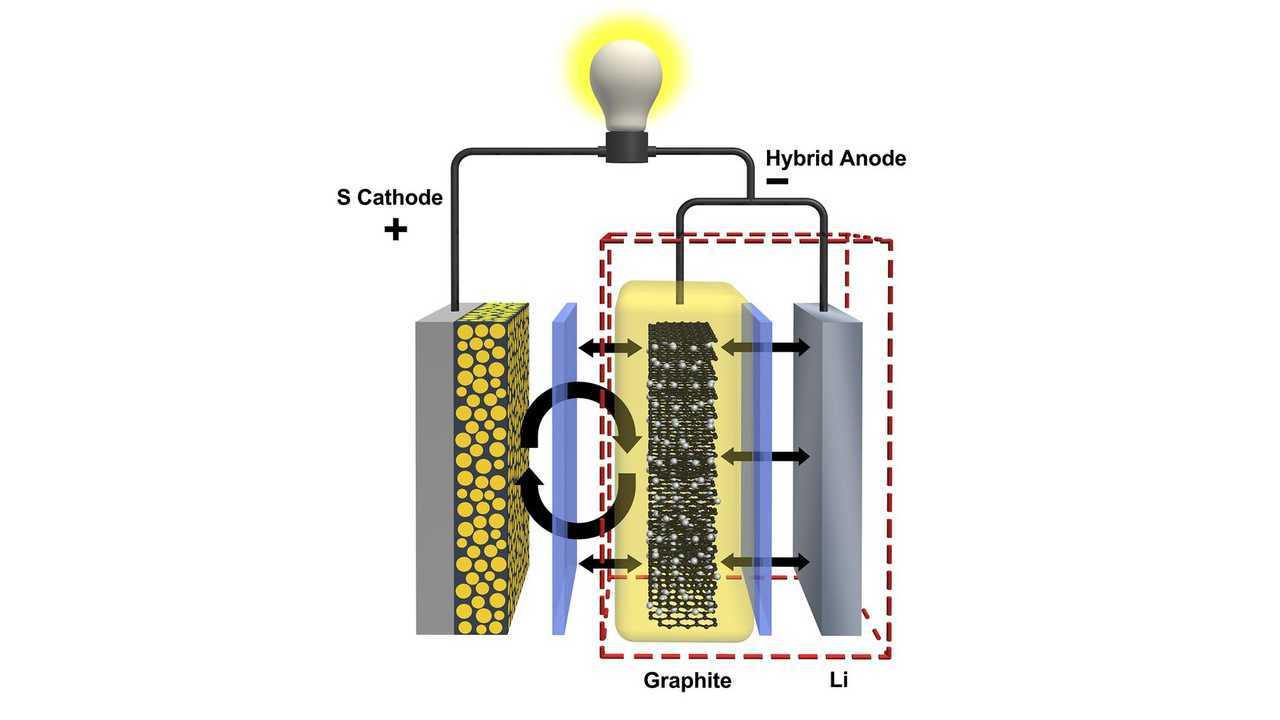 Recharge just once a week

Lithium-Sulfur Li-S batteries are probably one of the most promising future energy storage devices that could enable electric vehicles to drive much further on single charge.

Pacific Northwest National Laboratory is one of many scientific centers developing a new concept for such cells and recently released an article on a new "hybrid" anode material that increases the poor basic cycle life of Li-S from 100 to over 400.

"Lithium-sulfur batteries could one day help us take electric cars on longer drives and store renewable wind energy more cheaply, but some technical challenges have to be overcome first. PNNL's new anode design is helping bringing us closer to that day."

400 doesn't sound like too much (especially when we've seen articles with higher values) but we must remember that, at 2-3 times the energy density of current lithium-ion cells, Li-S packs could have extremely high capacity, which means they'd be cycled less often.

400 is not the maximum performance, because the tested cell lost just 11% of initial >800 mAhg−1 capacity at a fair current of over 2 C (1,737 mA g−1). 2C means charging (or discharging) in half hour. At lower currents, capacity can be even higher and capacity fade lower.

"The lithium-sulfur battery's main obstacles are unwanted side reactions that cut the battery's life short. The undesirable action starts on the battery's sulfur-containing cathode, which slowly disintegrates and forms molecules called polysulfides that dissolve into the battery's electrolyte liquid. The dissolved sulfur eventually develops into a thin film called the solid-state electrolyte interface layer. The film forms on the surface of the lithium-containing anode, growing until the battery is inoperable."

"Most lithium-sulfur battery research to date has centered on stopping sulfur leakage from the cathode. But PNNL researchers determined stopping that leakage can be particularly challenging. Besides, recent research has shown a battery with a dissolved cathode can still work. So the PNNL team focused on the battery's other side by adding a protective shield to the anode."

"The new shield is made of graphite, a thin matrix of connected carbon molecules that is already used in lithium-ion battery anodes. In a lithium-sulfur battery, PNNL's graphite shield moves the sulfur side reactions away from the anode's lithium surface, preventing it from growing the debilitating interference layer. Combining graphite from lithium-ion batteries with lithium from conventional lithium-sulfur batteries, the researchers dubbed their new anode a hybrid of the two."

"The new anode quadrupled the lifespan of the lithium-sulfur battery system the PNNL team tested. When equipped with a conventional anode, the battery stopped working after about 100 charge-and-discharge cycles. But the system worked well past 400 cycles when it used PNNL's hybrid anode and was tested under the same conditions."

"Sulfur is still dissolved in a lithium-sulfur battery that uses our hybrid anode, but that doesn't really matter. Tests showed a battery with a hybrid anode can successfully be charged repeatedly at a high rate for more 400 cycles, and with just an 11-percent decrease in the battery's energy storage capacity."

Another promising but information is on Coulombic efficiency of more than 99%, which is on the level of lithium-ion cells.

Hopefully, someone will soon try to commercialize one of the Li-S cell designs for EVs.