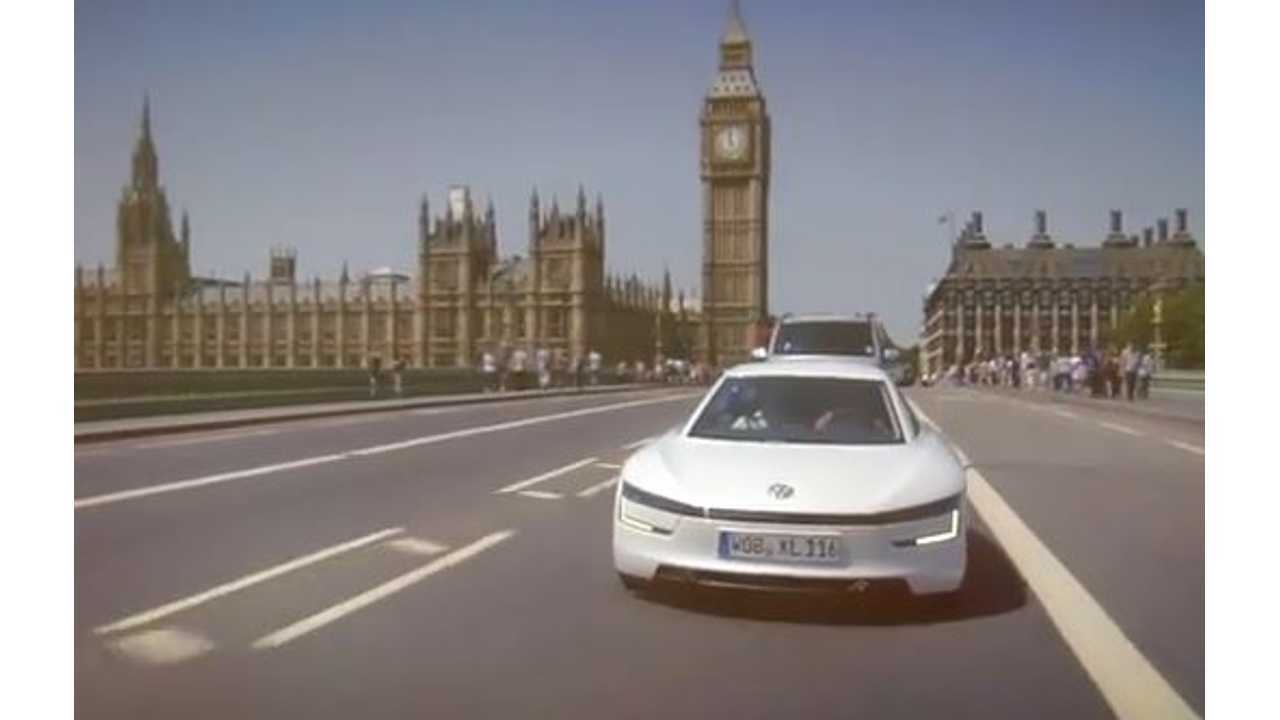 The Volkswagen XL1, a fuel-sipping diesel plug-in hybrid, is the first car featured in the new series of Fully Charged.

Here is how Robert Llewellyn described the XL!:

"A test drive in the extraordinary, 'the most fuel efficient production car in the world' according to VW. Weighing just 795 kg and with it's super aerodynamic design the car's official fuel consumption is 313mpg with 21g/km which is fairly impressive."

"From my brief experience with the XL1 I'm confident you could get over 400 without much effort."

Production is highly limited to just 250 cars, but with a price of $145,000, this low production figure is to be expected.

More specification data on the ultra-efficient XL1 can be found in here in one of our previous reports.