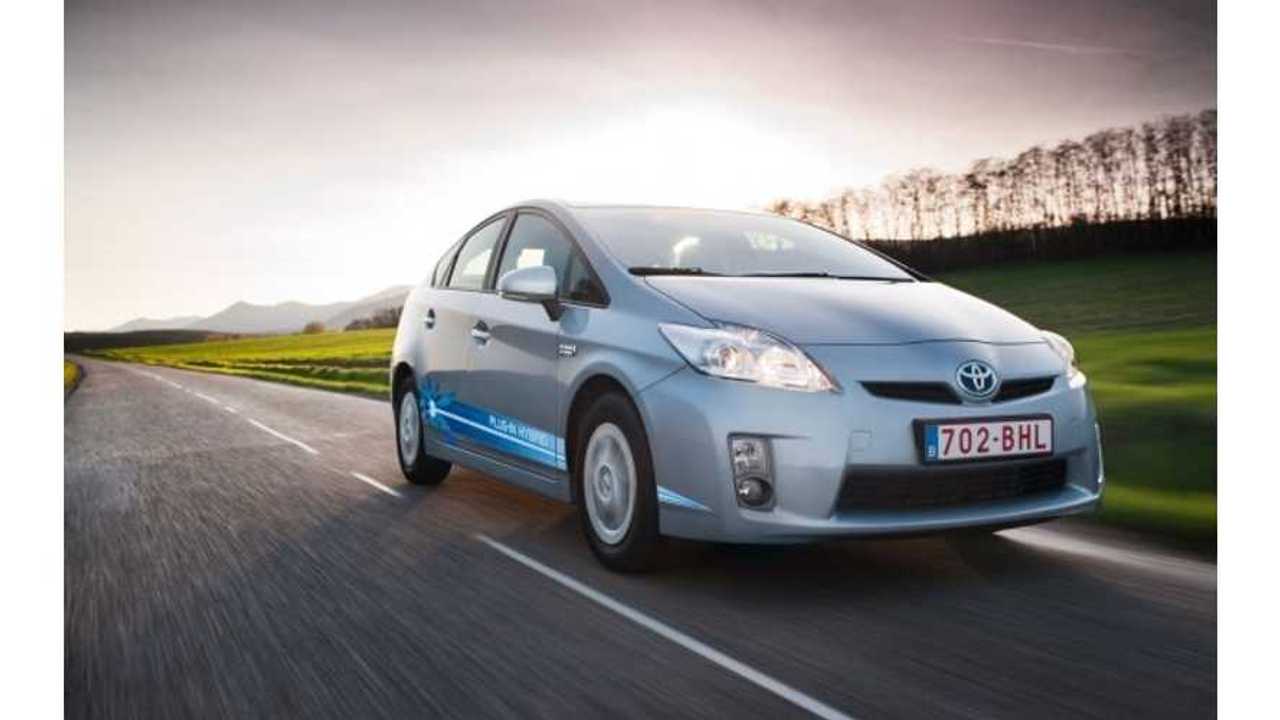 Just How Far With The Prius PHV Actually Go On Electricity? Well, That Depends...

There seems to be a lot of confusion about the Plug-in Prius and the amount of EV range that it has.  A common misconception is that it only has 6 miles of EV range.  The window sticker of a PiP (Plug in Prius) shows 11 miles of gas+electric but then there is a footnote that says "All Electric Range = 6 Miles"

Now I'll be the first to admit the PiP has the weakest plug-in offering on the market.  But we should at least get the facts straight.  The PiP definitely has more than 6 miles AER (All Electric Range) and some simple math can prove it.  We know the PiP has a 4.4Kwh battery pack; but we also know, like all plug-in cars, that not all of that capacity is usable.  It turns out that 3.4 Kwh is actually usable.

So if you drive an EV you are probably familiar with the measurement of "Miles per Kwh." which is analogous to "Miles per Gallon" with a gasoline car.  In a gasoline car if you know what MPG the car gets and you know how much fuel is in the tank, then you can easily calculate the range by simple multiplication.  The same is more or less true for an EV.

So lets take 3.5 Miles per Kwh, which is a very conservative number on the low-end.  If you multiply by 3.4 Kwh available, you get 11.9 miles.  If you are a good driver and can manage 4 Miles per Kwh then the range jumps up to 13.6 miles.

If math doesn't satisfy you, how about some anecdotal evidence?  Just go over to priuschat.com and you'll find any number of forum users saying they've managed to squeak out 20+ miles on a single charge.

So why does the EPA rate it at 6 miles?

Ok, so you must be wondering why the Ford Energi products are rated at the full 21 miles?  Well, there are some significant differences in the PiP and other plug-in hybrids.  There are two main issues at play.

Now, the EPA test requires running the car at certain pre-defined speeds and acceleration events.  You can see in the test chart below that these tests can take the car up to 80 mph for short times.  As such, the PiP must start the engine during the test, possibly several times. All this, despite the fact it may have plenty of battery power left.

So how can Toyota fix the problem?  Part of it would just be a software fix - Give the driver the ability to lockout the engine.  As for increasing the top EV speed, that may require hardware changes to the drive train.  The problem with the type of setup that Toyota and Ford are using is that with the engine off, the smaller motor-generator can be revved dangerously fast.  The original Prius had a much slower EV limit, around 42 mph.  They fixed that in the 3rd generation Prius by adding some extra gearing to reduce the speed of the generator.  I would assume Ford did something similar in the Energi products to get the EV speed up to 85.

Toyota should be introducing a totally redesigned, Forth Generation Prius in 2015 or 2016.  It is likely they will solve this issue in the Plug-in Prius and I'm expecting them to increase the range as well.  I'm holding out hope that the next gen PiP will have an EPA label showing at least 20 Miles AER.