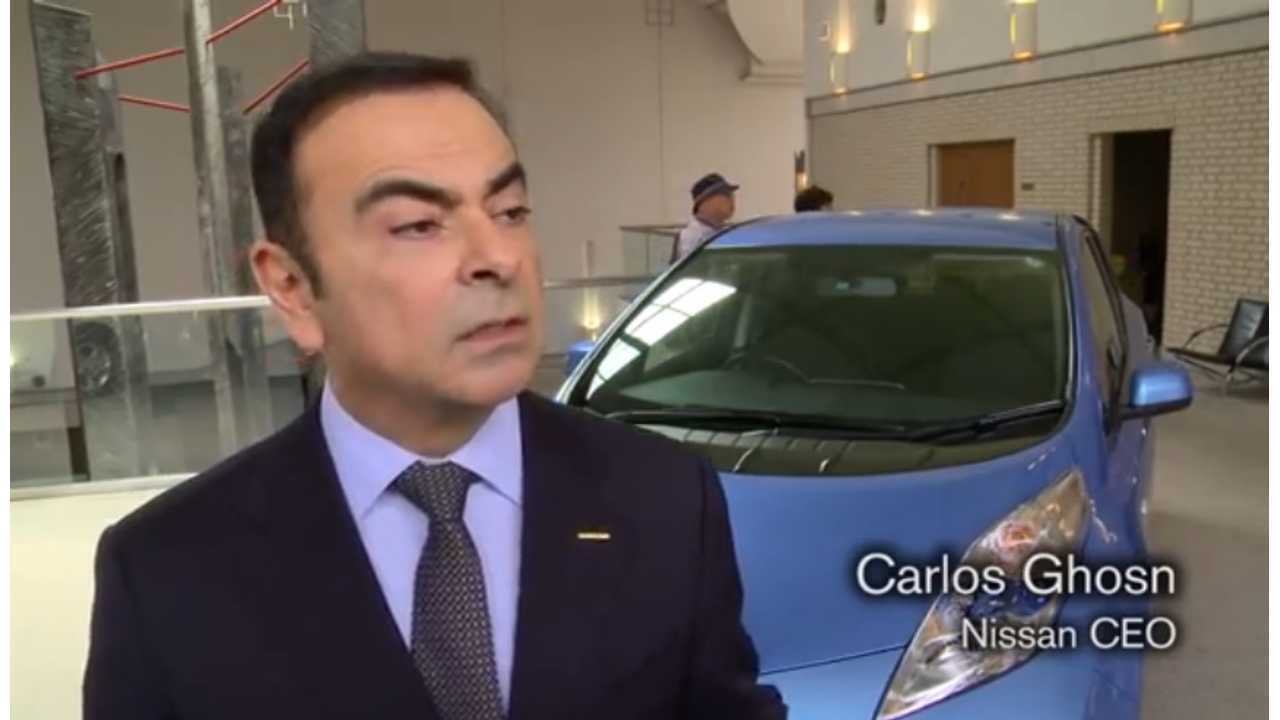 Nissan CEO Carlos Ghosn has made some predictions in the past about sales of the Nissan LEAF that didn't work out so well.

However, this time with the Nissan LEAF priced to what the market wants (as opposed to the value of the yen to the US dollar), and sales ramping higher every month, he can be a lot more confident in his words.

On Wednesday, Nissan released all the details and specs on the 2014 model year LEAF (that story here), and Mr. Ghosn took the opportunity to boast that new production had come online at the 84 mile EV's Smyrna, TN assembly facility during an interview with CNBC.

It should be noted that the new higher production level of the LEAF just came online last month, and the electric Nissan has yet to eclipse 3,000 units sold in any one month.

Unlike his prediction of selling 20,000 LEAFs in fiscal year 2012 (the company actually sold 11,625), the Nissan CEO did not set a specific timeframe on when the company would achieve that higher level of 4,000 units sold in a month.  It is thought this level would be achieved when the more significant changes in both range and price arrive around the 2nd generation of the LEAF, as early as late 2015.