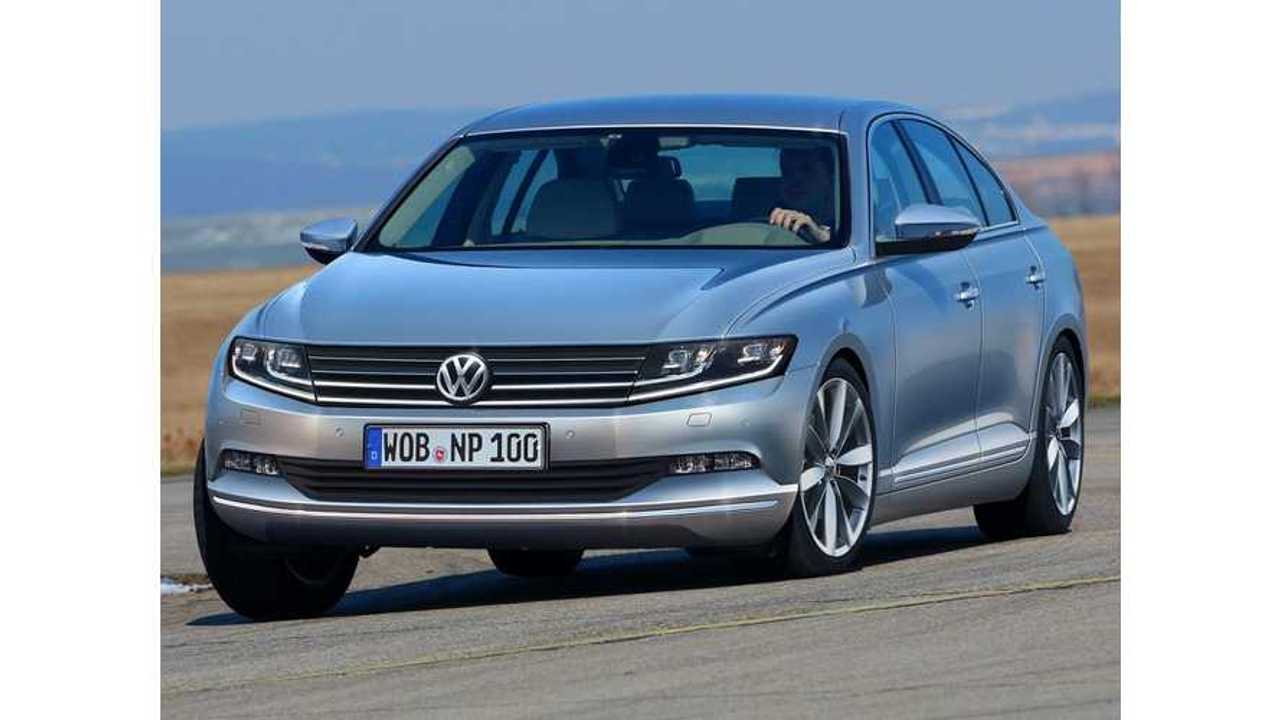 Autobild is reporting that Volkswagen has at least one more plug-in hybrid in the works.

Set to debut at the 2015 Geneva Motor Show, the VW Passat PHEV will round out Volkswagen's vast array of plug-in vehicles.

And soon VW Passat PHEV.  Dr. Martin Winterkorn, VW Group chairman of the board, made this statement at the 2013 Geneva Motor Show:

"Further high-efficiency models such as the Audi A8, A6 and Q7 or the plug-in hybrid version of the Volkswagen Passat are to follow soon. Because this technology has a future."

The VW Passat PHEV, like the Audi A3 e-tron Sportback, will feature the following:

As Autobild reports (via Google Translate):

"Also a done deal is a plug -in hybrid, which follows on from the technology of the Audi A3 e-tron... Market launch is already at the IAA 2015 , we see the normal Passat in the autumn of 2014."

There's no word yet on whether or not the PHEV Passat will be sold in the US.  We suspect it will be, as the Passat is a vehicle tailored to American tastes.  If it arrives, expect it no earlier than later 2015 and to perhaps be priced in the upper $30,000 region.