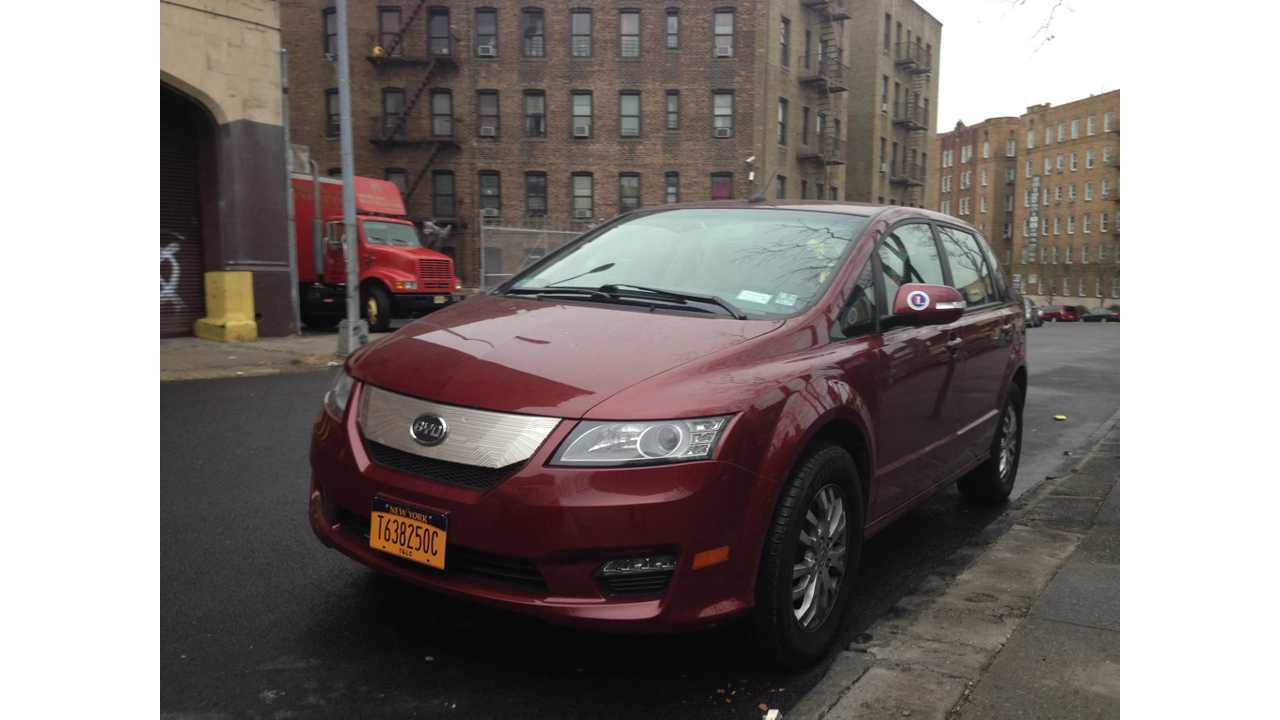 BYD recently published on its Facebook page a photo with of the first e6 electric taxi in New York:

The Chinese automaker did not share details on the eventual e6 taxi rollout in the US.

The latest news on Bloomberg indicates that the new deadline for BYD to launch in the US is 2015. But will the current version of e6 be competitive with new models from other brands in 2015?