Chevy Volt and Nissan LEAF Among Nominees For Cars.com Eco-Friendly Car of the Year Award 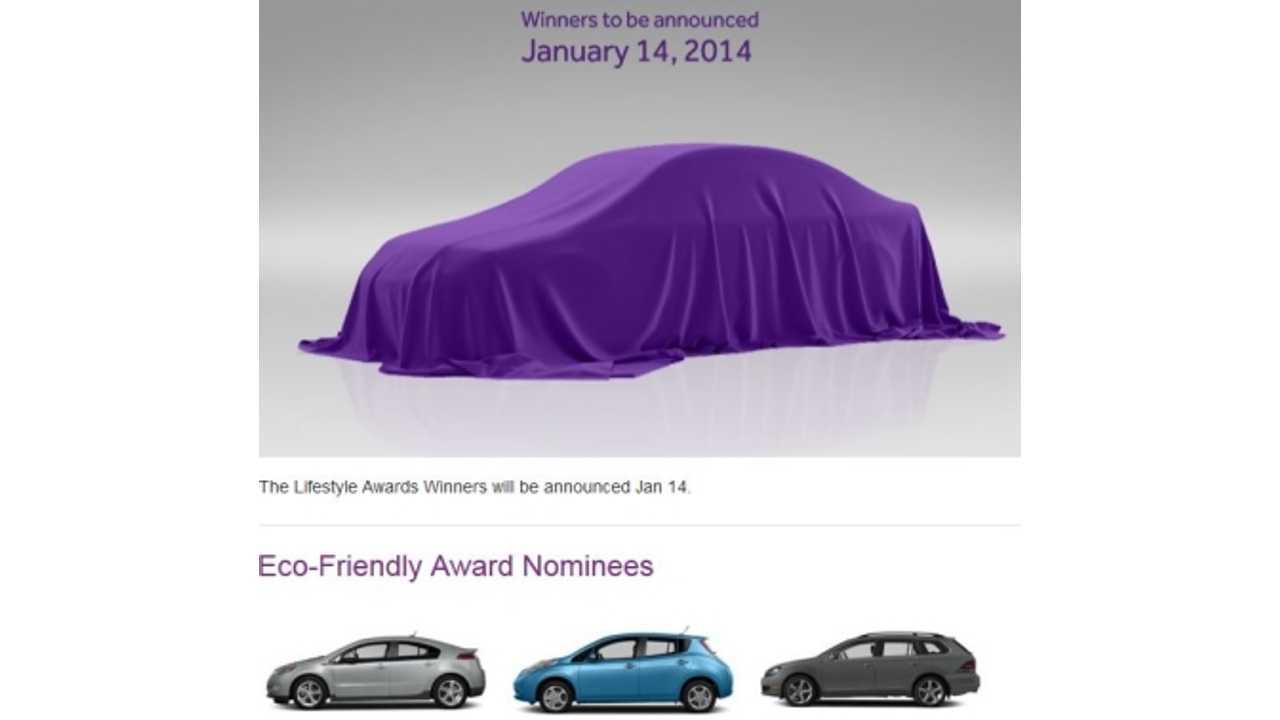 Which of the Three Would You Choose as the Winner?

Cars.com has announced its nominees for its 2014 Lifestyle Awards.

In the category of Eco-Friendly, three vehicles made it through the Cars.com selection process:

"To select a car for our Lifestyle Awards, a car first must be selected as a Best Bet, though there are exceptions. To become a Best Bet, a car must have ratings of Acceptable or higher in Insurance Institute for Highway Safety crash tests; a reliability rating of average or higher; strong ride and handling; and average or better gas mileage in its segment."

Of those three, two are plug-in vehicles: the Chevy Volt and the Nissan LEAF.

Chevy has not put out a statement on the Volt's nomination, but Nissan released this LEAF statement on its Facebook page:

"The Nissan LEAF has been nominated for Eco-Friendly Car of the Year by Cars.com"

"Tell us, does the LEAF have your vote?"

Or does the Chevy Volt have your vote?