Op-Ed: Don't Include An EVSE With Plug-In Vehicle Pricing 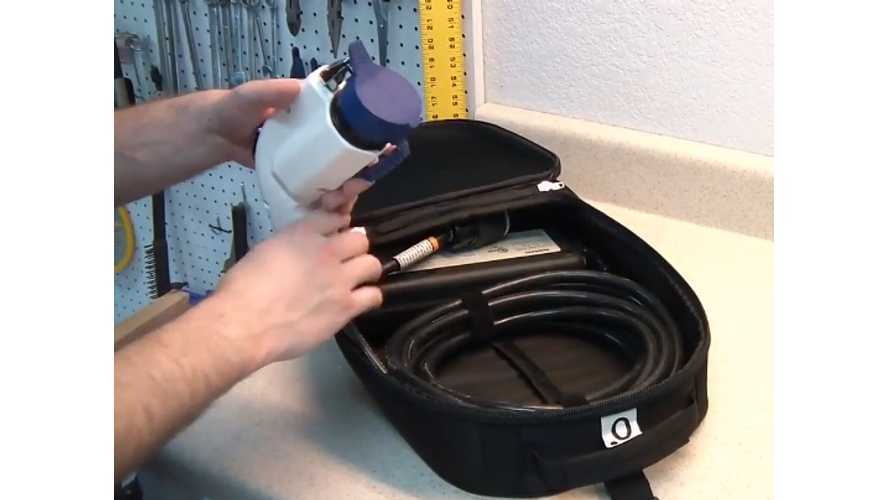 Charging Cable - Standard With Every Plug-In Today. But Should They Be An Option? (new Mitsubishi i-MiEV style shown)

Currently, Nissan is a selling replacement EVSE (the charging cable for the LEAF) for over $600.  But how much does it actually cost to manufacture?  I don't think anyone but Nissan and Panasonic really know the answer, however if it is adding even half that much to the cost of the car, then here's a thought.  Don't include one with the car.

Think about it.  If you are buying an all-electric car like the Leaf then most users are going to spend the money to buy a 240V EVSE for their garage because depending on 120V for charging is not practical for most people because it would be impossible to drive more than around 40-50 miles per day unless you could charge at work and home.  Thus, a large portion of your battery is just not available for use.

Even half or more of the PHEV drivers opt to buy a 240V charging station so that they may drive more miles on electric.

So here's how that usually works.  People put the 120V EVSE back in the car "for emergencies" but after the first time somebody tries to use 120V in an emergency they realize a tow-truck may be a better answer.  Thus, for most drivers, the 120V unit never gets used.  I know mine hasn't.  It has spent 99% of its time tucked away in the back of my LEAF.

So it occurs to me that most drivers are buying two EVSEs, one that is bundled with the price of the car, and one to actually USE.  That seems like a waste of money.  And if the price of a new base-model Leaf is $28,800 then imagine if they could drop that a few hundred bucks down to $28,400.  And, IF they could find another $400 of savings, they might be able to break into the $27,990 range or something.

Two solutions present themselves to me.

I'll admit, being an EV pioneer like myself, I did feel comfortable knowing I had an alternate method to charge my car should my primary unit break down.  This is especially true being there were no public charging stations in my area at the time, except for the Nissan dealer.  And most likely if I needed a replacement EVSE back then, it might have taken days to get one.

Of course, my primary has never broken in 3 years, so I guess it was not an issue.   But things are a lot better now.  EVSEs are easy to get and there are plenty of public chargers in my area now.  So I really see no need for a redunant one to be carried around in the car.

And one last thing.  It is only a matter of time before more low-life thieves become aware of the value of an EVSE and start targeting Leafs and Volts looking for one to steal.  This is only due to the fact that so many redundant, unused units are being carried around in the backs of cars.  By helping to eliminate that issue, they may be preventing break-ins.