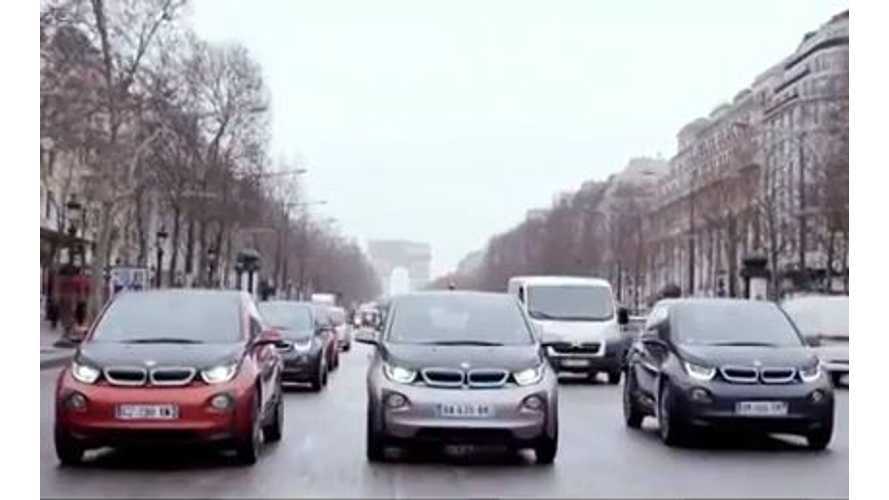 BMW brought the i3 to Paris, France for test drives and, as you'll see in the video, the i3 has the ability to turns heads.

Its funky styling is likely what's turning heads, but the fact that it has a BMW badge (coupled with those odd styling details) is surely why the onlookers' heads are turning for an extra glance.

"The new BMW i3 are being tested in Paris."

We think the "city" reference is fine when you wheel the i3 into Paris, but BMW should probably drop the use of this word so that potential buyers don't get the sense that the i3 is only for urban dwellers.