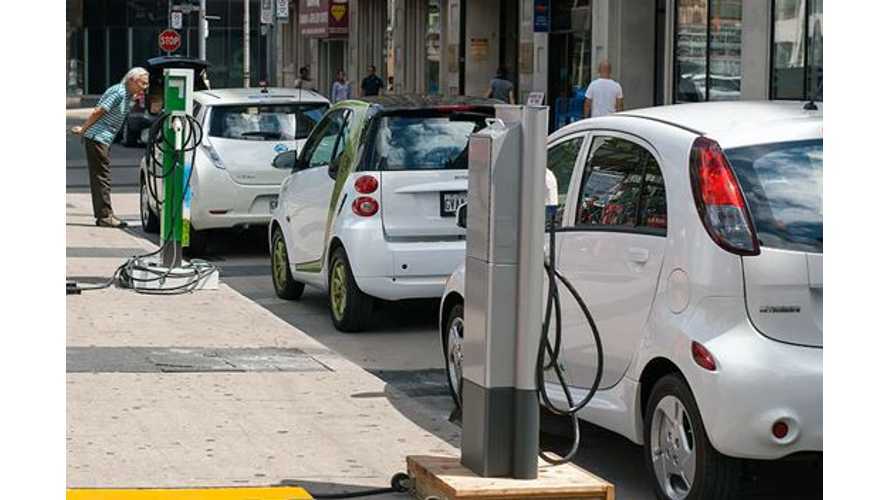 Upwards We Continue to Go

Navigant Research predicts that the global plug-in vehicle market will grow by 86% in 2014.

Globally, Which EV Will Rack Up the Most sales in 2014?

If this prediction holds true, then Navigant says there will be more than 700,000 plug-in vehicle on roads around the world by the end of this year.

Navigant says that growth in the plug-in market for 2014 will largely be driven by dozens of new entrants, including vehicles from Audi, BMW, Cadillac, Mercedes-Benz, Saab, Volvo, Kia, Mahindra, Škoda, and Volkswagen.

As for the continents that will fuel growth, Navigant says it'll continue to be North America, Europe and Asia.