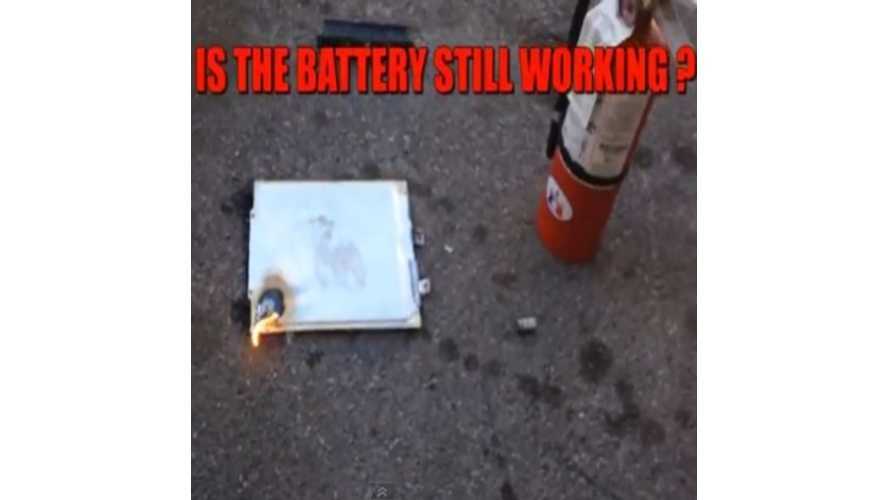 An interesting video from Hybrid Auto Center appeared on the web with a Nissan LEAF battery cell destined for destruction.

As it turns out, a screwdriver and even a torch were not enough to stop this cell from supplying over 10A. After all the torture, the cell still had capacity of 30 Ah (from 33 Ah measured earlier).

"A used battery form Nissan Leaf 3.8V 33Ah, tested for how likely to catch fire when is destroyed or in flames. We had no success make it burn. Same battery after the burn test was charged/discharged twice at 1/3C - 10A - it has 30Ah capacity remaining. Before the test this cell was under salty water for 2 hours - you can see the contact are destroyed."

Of the over 100,000 Nissan LEAFs in the world, none have caught fire to our knowledge.  That's not strange to us though if you use such resistant cells as Nissan clearly does.