In China, Small Cheap EVs Could Be The Future - Tesla Model S Likely a Niche EV There 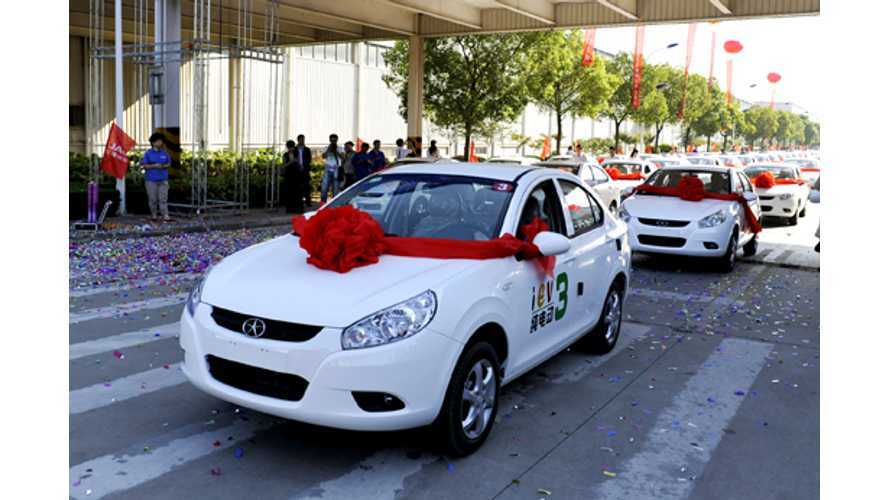 According to several experts in China, Tesla Motors may find it more difficult to sell its Model S there then the automaker believes.

Tesla has set high sales expectations in China for the Model S, but will the automaker be able to meet those goals?

"Although heavy smog is an issue in many major Chinese cities, and there is a market waiting for solutions, you can't count on Tesla to make an electric revolution happen.  An electric sedan is not for everyone, not to mention Tesla is a premium brand reserved for high-end customers."

As Yang sees it, the Model S will be more a less a niche EV in China.  However, there will be an EV revolution in China soon, says Yang, but that will be jump started by a homegrown maker of low-speed, wallet-friendly EVs.

"China is now home to more than 200 million electric two-wheelers, creating about 100 billion yuan in value."

The more convincing facts that support the notion that Tesla Model S sales won't be through the roof come directly from China's sales figures for new-energy passenger vehicles:

2013 sales figure for the top-selling highway-capable passenger BEVs look like this in China:

The most successful vehicle for the Chinese market in 2014 is sure to be the 30 mile, PHEV Qin from BYD, that has recently been granted access (along with huge incentives) to both Beijing and Shanghai.  That model has already passed 6,000 units sold already this year.  (that story here)