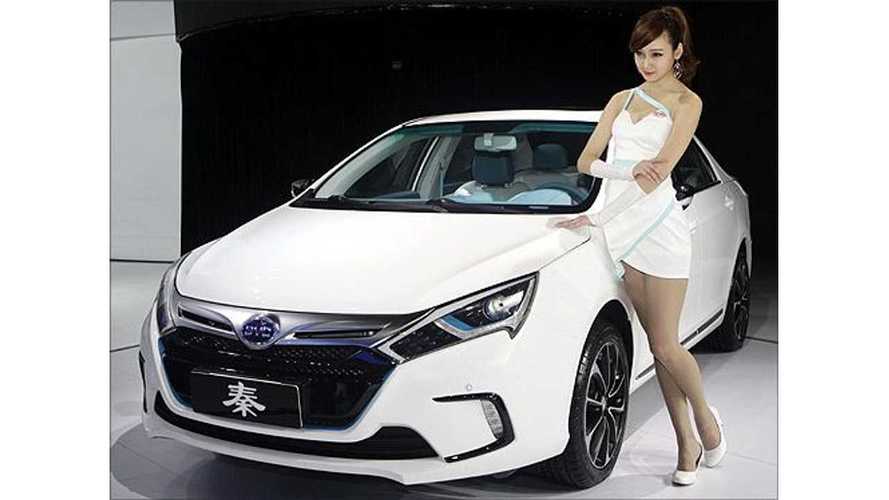 Flip back the calendar to 2010 and Chinese automaker BYD was poised to enter the US market with a big splash.

Focusing mainly on plug-in vehicles, BYD's goal back then was to sell tens of thousands of plug-ins annually in the US.

Those plug-ins, which were never sold here, weren't capable vehicles that the typical US buyer would have wanted.  Even the e6, with its BIG range claims, is mediocre at best and downright miserable according to some reviews.

Now, BYD is again set to enter the US market with a splash.

The only difference this time around is that the Chinese automaker has a respectable plug-in that US buyers might actually desire.

"Back then, we had passion, but we had no brand, no history, no capital and no competitive advantage.  BYD has become more fashionable and we have improved our design and safety. We don't want to compete on price anymore, but on quality and innovation."

Chinese cars are poised to begin hitting U.S. showrooms by as soon as next year. BYD Co., the Chinese automaker backed by Warren Buffett's Berskshire Hathaway Inc., plans to introduce about four models for its U.S. debut at the end of 2015, said Stella Li, the senior vice president in charge of the company's U.S. business, in an interview last week.

While we don't know which 4 models BYD intends to launch in the US, we can assume that its highly popular Qin EREV is one of them.

BYD has been marketing the Qin like crazy and says that well over 2,000 pre-orders were logged for it in China prior to its December 17, 2013 launch.

The Qin is basically China's version of the Chevy Volt, though few have actually test driven the Qin, so we're not so sure it's a match for the Volt.

Almost a year ago, when BYD first announced the Qin, this is what we reported:

BYD says Qin boasts an electric-only rang of 31 miles, features a 10-kWh lithium iron phosphate (LiFePO4) battery pack, accelerates from 0 to 62 mph in just 5.9 seconds and has a top speed of 115 mph. Nearly all of these figures best the capabilities of the F3DM and BYD further says that Qin is some 3.3 seconds quicker from 0 to 62 mph than the Chevy Volt.

Note that BYD was the one who made the direct comparison to the Volt, not us.

It's believed that Qin will be BYD's flagship US offering.  So, we assume that implies it'll be the most expensive BYD offered in the US.  Qin starts at 189,800 yuan (US $31,400) prior to incentives in China, so it's rather cheap.

If Qin is indeed BYD's most expensive plug-in offered in the US, then the 3 models coming below will be downright cheap.

What remains to be seen though is if BYD can actually make good on its promise to sell in the US this time around, if US buyers have even a remote interest in Chinese automobiles and if BYD's quality/safety is up to snuff.

We're skeptical of BYD's ability to pull this US launch off.  Guess we'll find out for sure in late 2015.

Here's one more look at those videos put out previously showing Qin smoking most of the competition: