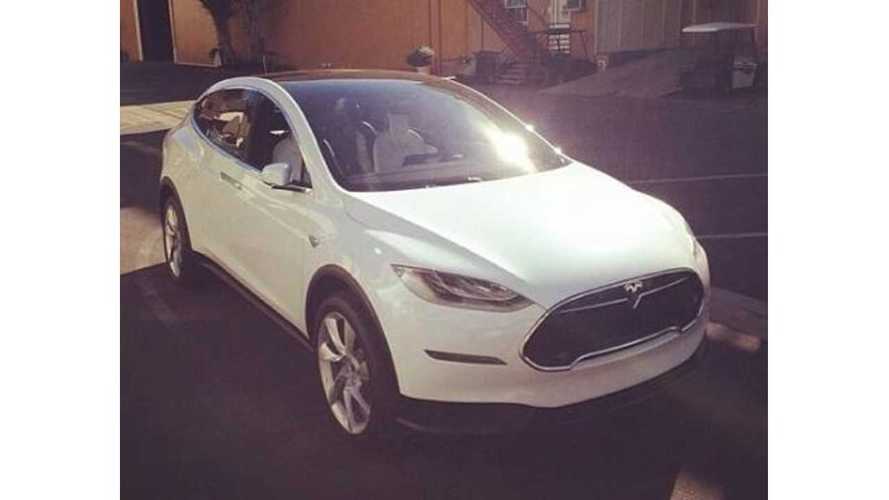 What @jmtibs didn't know is that his lens actually caught what's believed to be the only fully operational Model X in existence.

This Model X sighting occurred in Culver City, California, which is less than 10 miles from Tesla's design center in Hawthorne.

The Model X seen here was believed to have just been at the Hawthorne design studios.

Our guess is that perhaps this Model X is getting ready for the trip to Detroit for the 2014 NAIAS.

Of note, the Model X has side mirrors rather than cameras.  This is to comply with federal regulations in the US.  This change was made awhile back, though some are still unaware of the alteration.