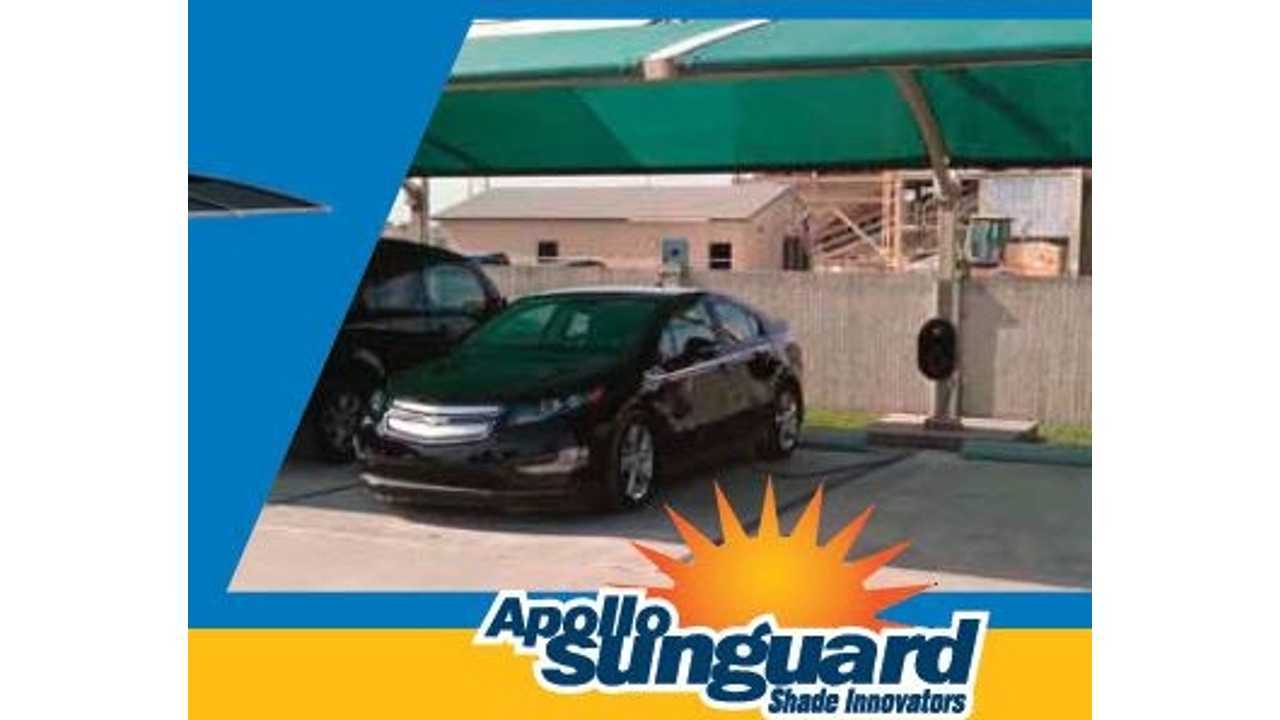 Apollo Sunguard Systems was a relative unknown in the EV industry, but perhaps that will change soon as it's the company that was just awarded a government contract to install 183 charging stations at various federal buildings throughout the US.

Apollo Sunguard is Most Well Known For Its Sun Shades, Including This One For EVs

The contract, awarded by the Government Services Administration, is estimated to be worth $900,000, which is a substantial amount of money for Florida-based Apollo Sunguard.

Apollo Sundguard president Kevin Connelly had this to say of the contract:

"We got the greatest Christmas present going.  They let us know this is a highly visible project."

The 183 chargers to be installed will all be ChargePoint units, according to Biz Journals.  The chargers will mainly be used by federal government employees, though it's believed that the public will have access to the stations.