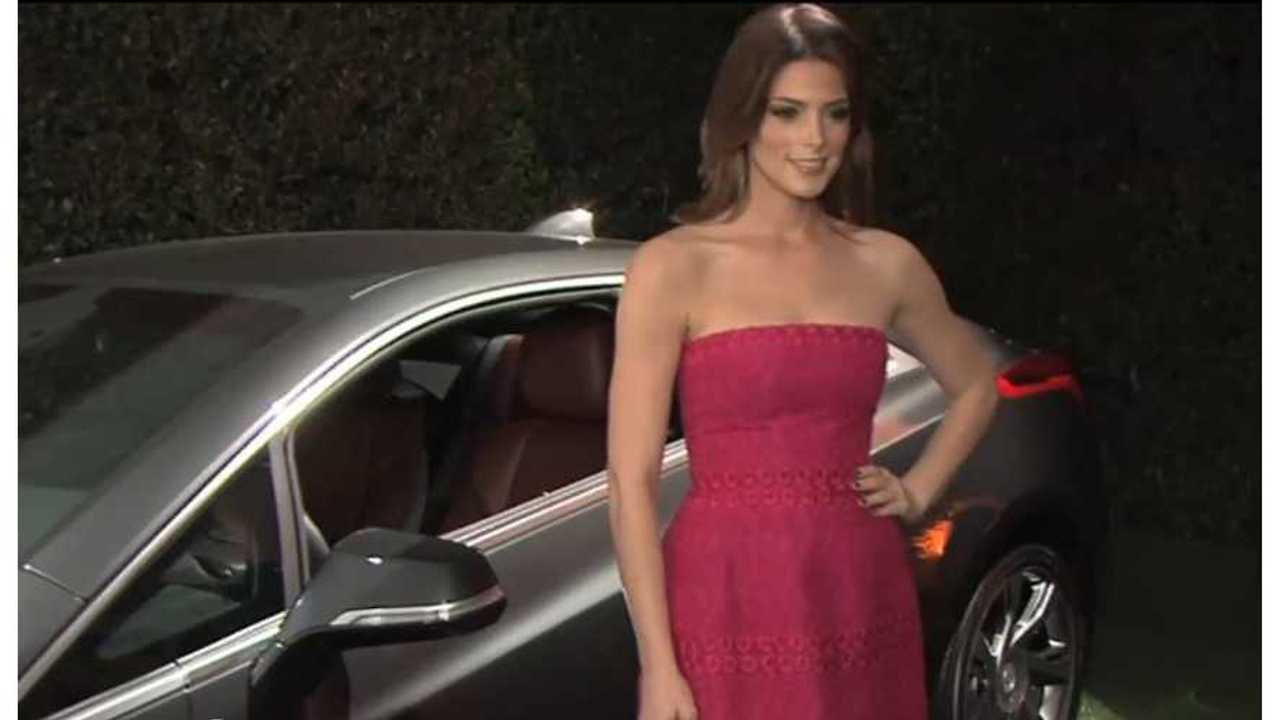 Amongst the celebrities arriving (and posing) with the 37 mile, extended range Cadillac were:

Moby and electronic music duo The Crystal Method also performed as headliners at the event.

February 2014, Hollywood, CA: The Cadillac ELR was ready for its close-up at the 11th Annual Global Green USA Pre-Oscar® Party.

Cadillac was among the sponsors of this annual event which marked the organization's 20th Anniversary with a "zero waste" celebration - bringing together Hollywood's elite activists and eco-conscious celebrities who enjoyed an evening of plant-based dining and an auction to raise funds and awareness of Global Green USA's ongoing initiatives.

Celebrities & Activists Strut the Green Carpet: Top eco-celebrities from the performing arts kicked off Oscar Week with Global Green USA at the Avalon Hollywood for the organization's 20th Anniversary celebration.

Among the notable names on the "Green Carpet" included:

About the Cadillac ELR: The 2014 Cadillac ELR luxury coupe blends dramatic design and industry-leading extended-range technology to deliver a driving experience that is sporty and environmentally friendly. It represents the first application of Extended Range Electric Vehicle technology by a full-line luxury automotive brand.

The ELR delivers on the promise of the Converj Concept on which it is based. The exterior establishes a new, progressive proportion for the brand while the interior introduces a new design theme that will define future Cadillac models, emphasizing modern elegance, technology and precisely crafted details.

ELR's confident and responsive EREV driving technology is enhanced with exclusive Regen on Demand and selectable drive modes that enhance driving and make the most of efficiency. Regen on Demand allows the driver to temporarily regenerate energy from the ELR's momentum into electricity that can be stored in the battery pack for later use. It is engaged via steering-wheel paddles adapted from traditional performance cars.

The proven EREV technology is uniquely tuned for Cadillac in the ELR. Most daily commutes will require zero gasoline with zero emissions. Longer trips are free from electric-vehicle range anxiety because EREV technology enables the same long-distance freedom as a conventional car.

Support for Sustainable Initiatives: Among the evening's "zero waste" activities included plant based dining, performances, and an exclusive auction to raise funds and awareness for Global Green USA's ongoing initiatives.

Global Green USA's signature programs include greening affordable housing, schools, neighborhoods, and cities as well as rebuilding communities -- such as New Orleans and areas of New York and New Jersey -- that have suffered from the impacts of climate change, sea level rise, and environmental degradation.

Global Green USA is the U.S. affiliate of Green Cross International, which was founded by President Mikhail Gorbachev in 1993 to foster a global value shift toward a sustainable and secure future.