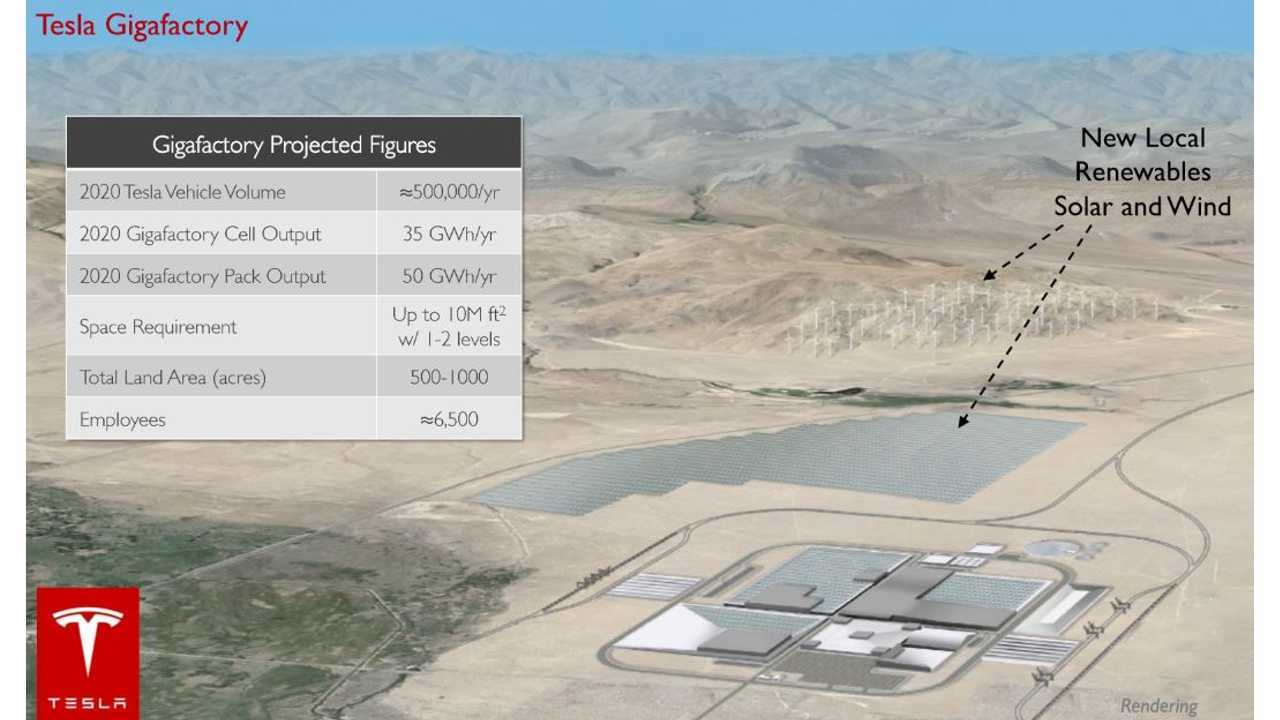 It's the announcement we've all been waiting for: Tesla Gigafactory

"As we at Tesla reach for our goal of producing a mass market electric car in approximately three years, we have an opportunity to leverage our projected demand for lithium ion batteries to reduce their cost faster than previously thought possible. In cooperation with strategic battery manufacturing partners, we’re planning to build a large scale factory that will allow us to achieve economies of scale and minimize costs through innovative manufacturing, reduction of logistics waste, optimization of co-located processes and reduced overhead."

"The Gigafactory is designed to reduce cell costs much faster than the status quo and, by 2020, produce more lithium ion batteries annually than were produced worldwide in 2013. By the end of the first year of volume production of our mass market vehicle, we expect the Gigafactory will have driven down the per kWh cost of our battery pack by more than 30 percent. Here are some details about what the Gigafactory will look like."

And that concludes Tesla's official announcement. Yep, that's all.  We're actually a bit disappointed that Tesla didn't provide more details. However, you can enjoy the below graphics that Tesla Motors put out concurrently with the Gigafactory announcement.

Separately Tesla announced a new offering of convertible senior notes worth between $1.6 to $1.85 billion to help fund the plant as well as accelerate US sales, and development of their 3rd gen car.   (Full story can be found here) 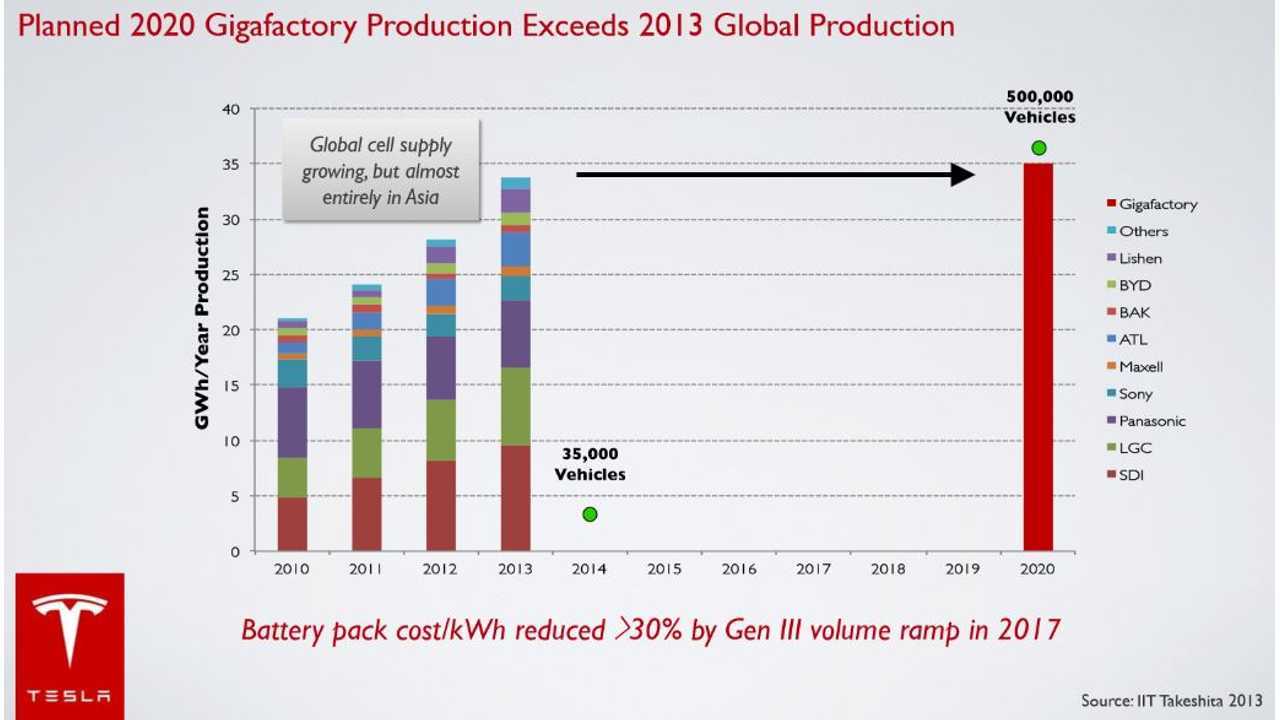 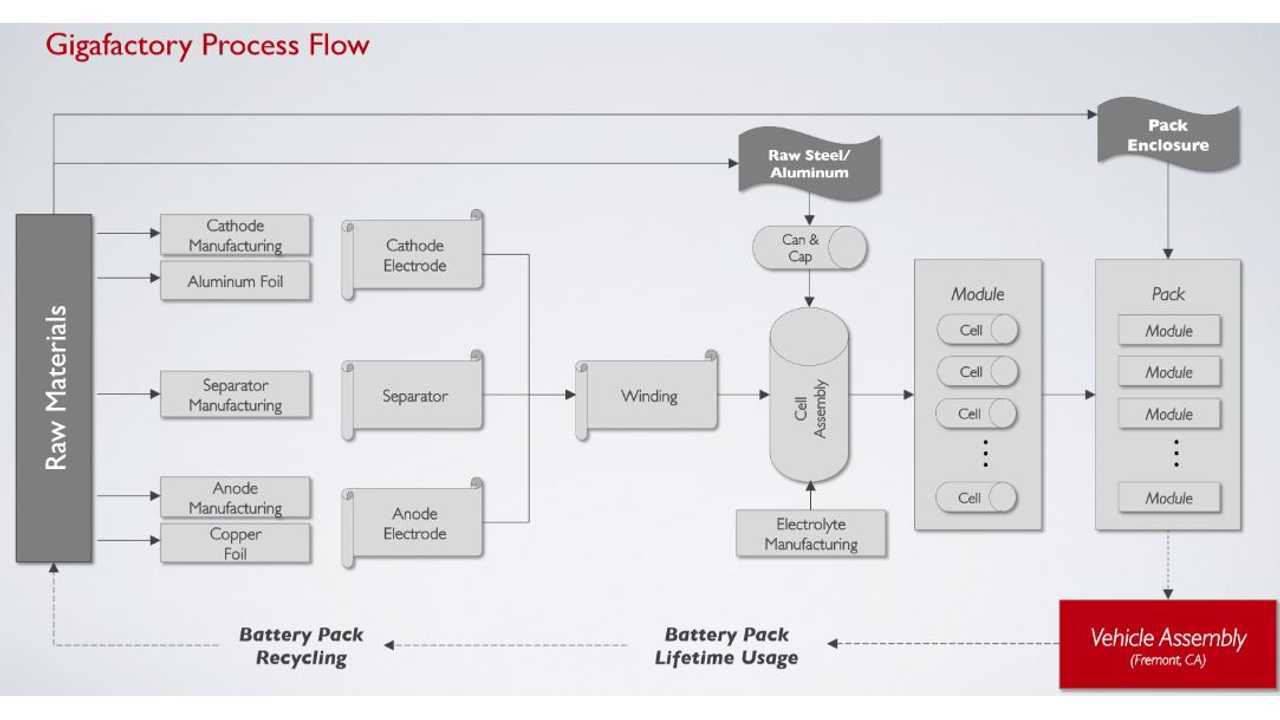 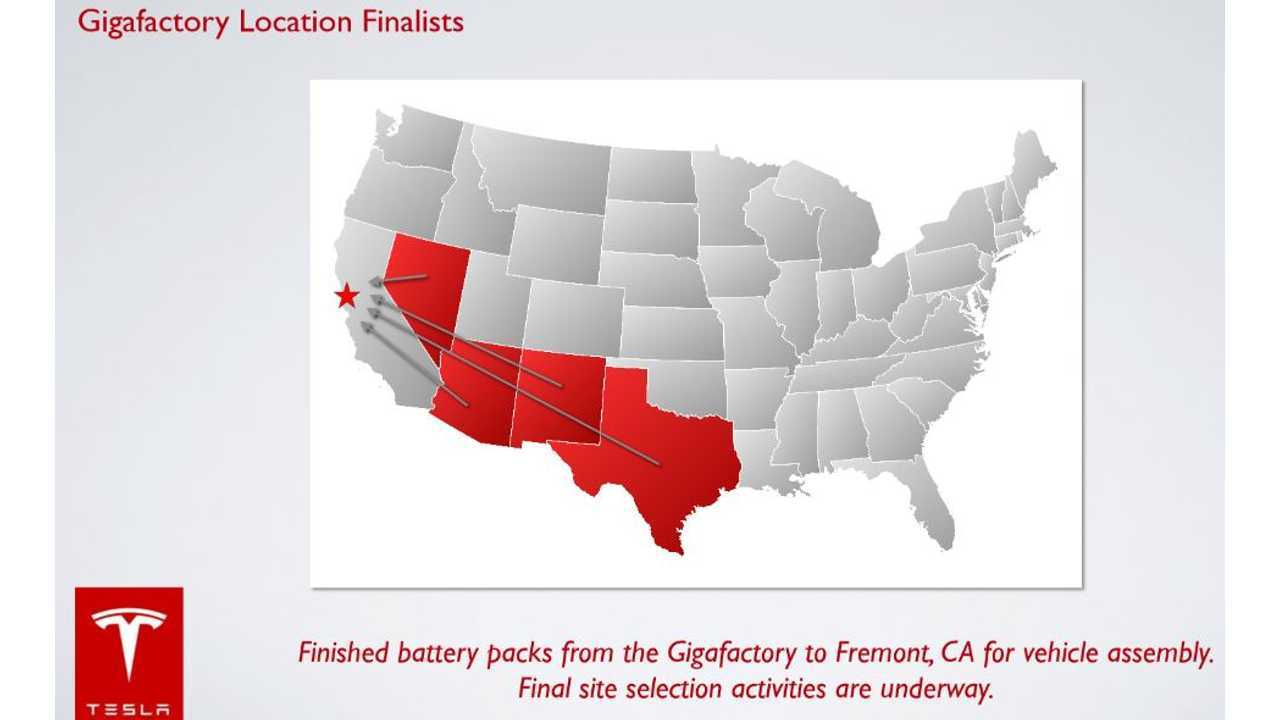 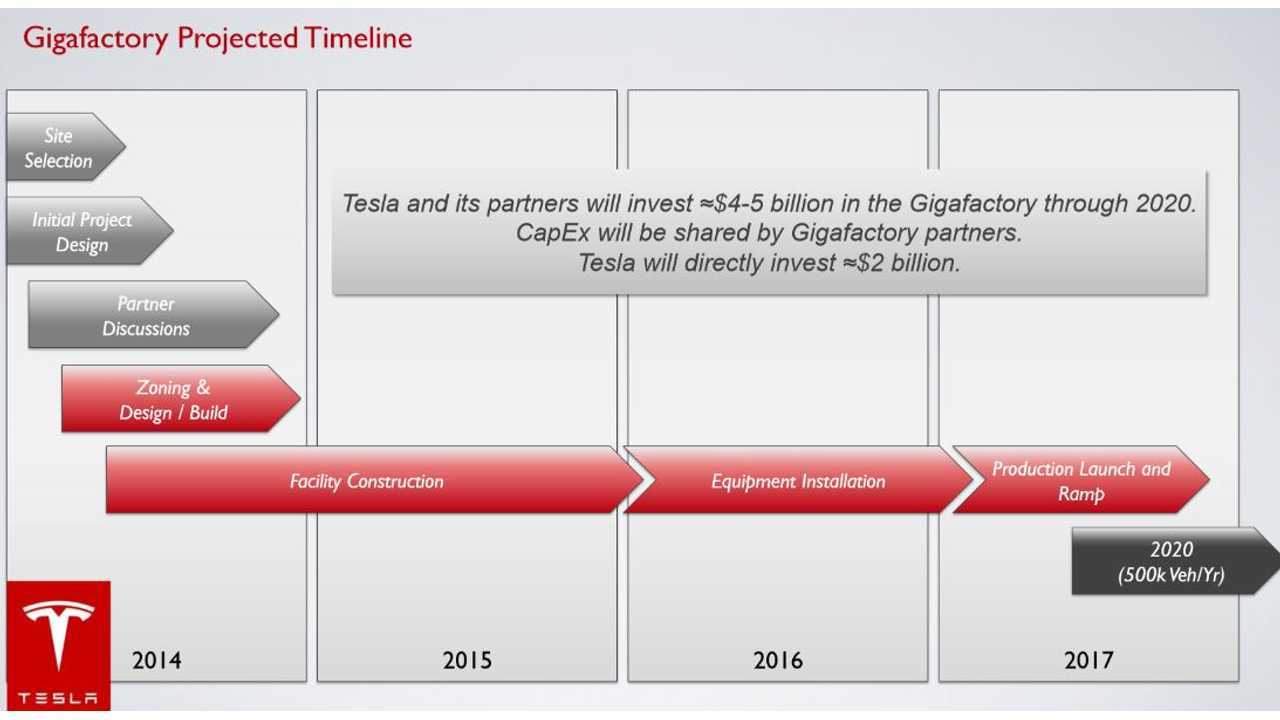