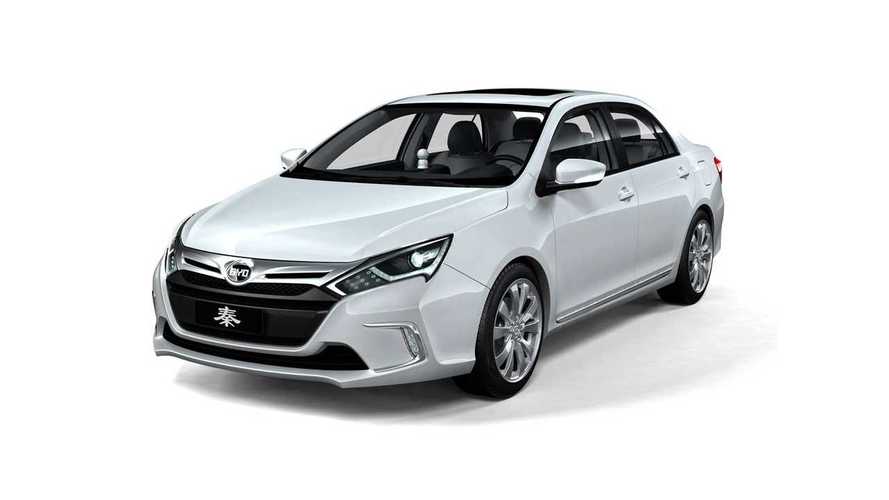 Over in China, the automotive market operates in an unique way.

Take, for example, the case of BYD.

Just a few weeks ago, BYD received government approval to sell its plug-in vehicles in the cities of Beijing and Shanghai.  Prior to receiving that approval, BYD's plug-in vehicle sales were mainly limited to the automaker's hometown of Shenzhen.

"Chinese car maker BYD Co. has gotten approval to sell its electric vehicles in Beijing and Shanghai, marking a breakthrough for the Warren Buffett-backed company in efforts to kick-start its fledgling "green cars" business."

"BYD has fulfilled the necessary requirements to sell its electric cars in Beijing," said an official at the Beijing Municipal Commission of Economy and Information Technology on Wednesday, noting that the approval takes immediate effect."

It's being reported that BYD received "permission" to sell its plug-in hybrid Qin in Shanghai, but only under some sort of trial program.

BYD confirmed that it's been approved to sell in Shanghai and Beijing, but provided no further details.

Okay, so for a nation that continues to fall well short of its plug-in vehicle sales targets, one has to wonder why a homegrown automaker needs approval to sell in a given city.  We don't have a precise answer, but we do know that China is extremely fragmented in terms of each of its major cities, which seem to have their own laws and oftentimes these laws prohibit "outsiders" from doing business there.

For example, the city of Beijing did approve the BYD e6 for purchase subsidies, which is rare since BYD's vehicles are "foreign," meaning that they come from Shenzhen.

"BYD has lobbied various city governments in China to permit the sales of its electric vehicles, though progress has been slow due to a lack of local government subsidies to promote sales and insufficient charging infrastructure."

"It was previously mission impossible for ordinary consumers to use BYD's electric cars in Beijing because of the many approvals that needed to be got."

Let's hope that these approval in Beijing and Shanghai jump start BYD's plug-in vehicle sales in China and increase China's EV uptake on the nationwide level.