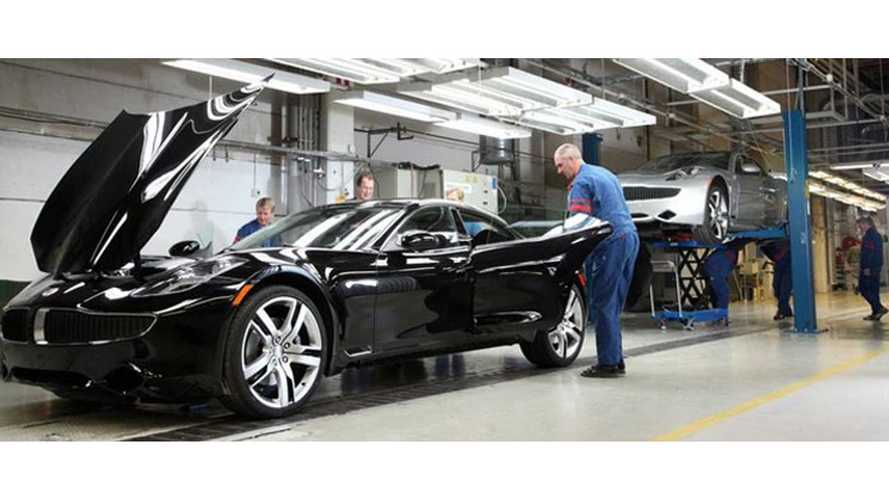 With the ink still drying on their $149.2 million dollar winning bid for Fisker Autmotive, Chinese part giant Wanxiang is already talking about getting production of the Karma restarted.  And fast.

Also, and as strongly alluded to in their bid for the auto maker, Mr. Ni said that Fisker will now resume development of their 2nd generation car - the Atlantic.

The more affordable, extended range Atlantic ($50,000-ish) was noted by Wanxiang to already be "half-finished."

Fisker had sold just over 1,800 Karmas before it filed for Chapter 11, leaving about 500 of the 2,700 produced still unsold (338 Karmas drowned in New Jersey if anyone is attempting to reconcile the math).  As for future expectations on sales, Wanxiang is hesitant to put a number on it.

"Obviously we want to sell more than what Fisker sold before under its previous management."

Ni also dangled the "carrot of future US production" of the Karma - provided demand was sufficient; but we believe this is quite unlikely with the $100,000 first generation car; but a more reasonable assumption if Wanxiang does proceed with the Atlantic.

The executive also brought China production into the narrative as well, but could not estimate the timing of such an event when asked:

"We don't know yet. The first step is the United States. But China is a huge market we cannot ignore. So, down the road we are going to look into the China market for sure. China is a 22 million unit a year market. All we need is to make just a very, very small splash," Ni said to Reuters in relation to sales.