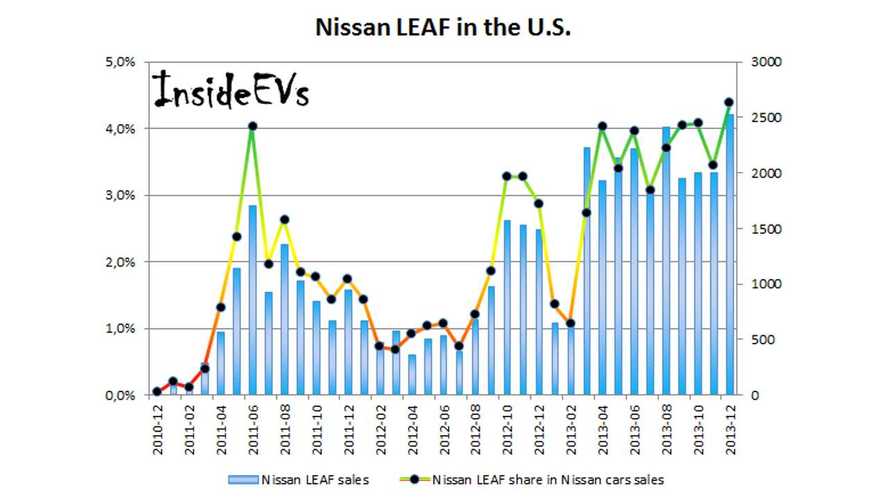 Number of Nissan LEAFs in the U.S.

The Nissan LEAF is selling at its highest rate ever with the latest record of 2,529 units sold in December. This increasingly sales pace seems stable from April on when the U.S.-made LEAF entered market.

It will be interesting to see if Nissan will be able to engage an even higher gear in 2014 and sell 3,000 units a month on average - in line with new production levels at the company's Smyrna, TN assembly plant.

Sales of LEAF for now is growing much faster then all Nissan cars, despite the Japanese company having its best year ever with sales up 10.8% year over year (9.4% including Infiniti).