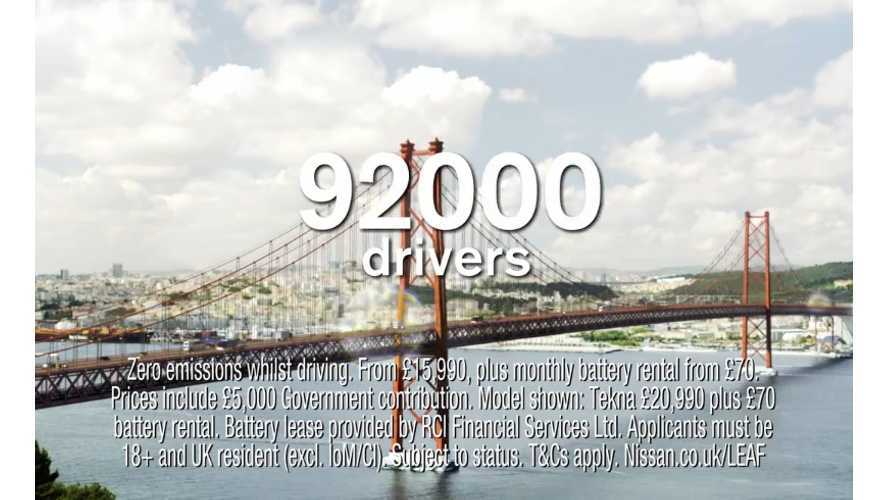 At the end of November we did a story on total Nissan LEAF sales worldwide since the car was introduced in late 2010 (fancy pie chart below), and we came up with a total of about 88,500 cars.

Well, it turns out that Nissan also keeps track of how many LEAFs they sell (go figure), and have decided that now would be a good time to tell the world they have passed the 92,000 mark during December..

That 92K figure is the most of any plug-in car by about 25,000 units - General Motors has sold approximately 67,000 Voltec-based cars through December 2013 (Chevrolet Volt, Vauxhall Ampera/Opel Ampera, Holden Volt and the Cadillac ELR)

Turns out they are quite proud of the number as they have made a commercial about it (above).

It should be noted that this "odometer" is quite likely based on those who have enabled their cars to be tracked via Nissan's online services - we are pretty sure Nissan passed a billion kilometers a long time ago.  After all, 615 million kilometers would work out to an average of only about 6,700 km per car or 4,150 miles.