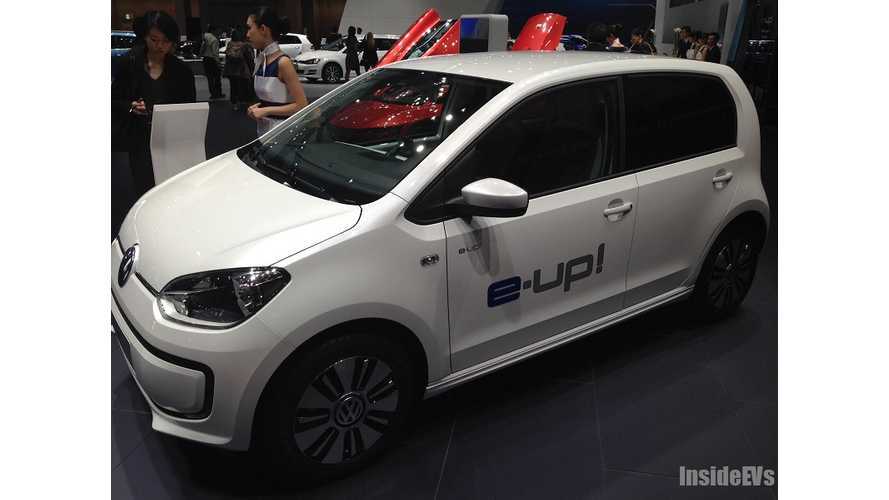 Auto Express says that this loaner program is only currently offered in Germany, which we suspect is so that the VW e-Up! matches the loaner offer that BMW gives with the i3.

We're all well aware of why automakers offer this sort of freebie, so we won't go into detail aside from saying that some automakers think that offering an ICE loaner will entice buyers who need to make occasional long journeys that the plug-in vehicle is not capable of easily doing.

It's unclear whether or not VW will expand this free ICE loaner program beyond Germany, but we suspect that the German automaker will follow the leads of other automakers in this regard by offering ICE loaner in the European nations where other automakers do.

The VW e-Up! is one of the shortest range EVs out there, with the automaker saying up to 93 miles, but the real world is figure is more like 60 to 65.

Additional e-Up! specs are as follows: