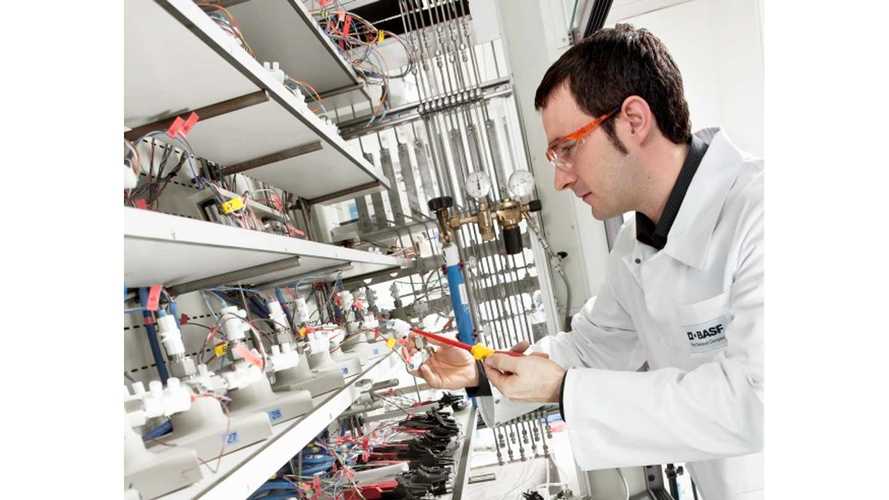 Back in 2010, BASF Broke Ground on What it Called North America's Largest Lithium-Ion Cathode Production Facility

Headquartered in Germany, BASF is looking to enter the Top 3 list of suppliers for automotive battery materials by 2020.  If BASF achieves this, then it'll break into a segment dominated by Japanese and Korean firms.

"The German company is betting customers will flock to electric cars, using its chemical products to create a battery that will enable vehicles to run longer. BASF, with an annual 1.7 billion-euro ($2.3 billion) research budget, has made battery materials one of 10 areas it's targeting for growth."

BASF is widely known as a world leader in chemicals.  The German firm hopes to put this expertise to use in developing battery specific components.

"To kick-start its electric-car battery business, BASF has bought four companies, set up a nickel cobalt manganese production plant in the U.S. and bought licenses from Mitsubishi Chemical. The company's sales of battery materials should rise to as much as 500 million euros by the end of the decade from about 100 million euros now, BASF predicts."

Europe's battery makers have largely gone belly up.  The scene is dominated by Mitsubishi Chemical, Sumitomo Chemical, Ube Industries, LG Chem and so on.  All of which are based in Asia.

Will BASF be able to beat out Asian rivals for a Top 3 spot?  BASF certainly has the chemical expertise, but in general, European firms have failed to be able to compete with Asian rivals in one area: price.