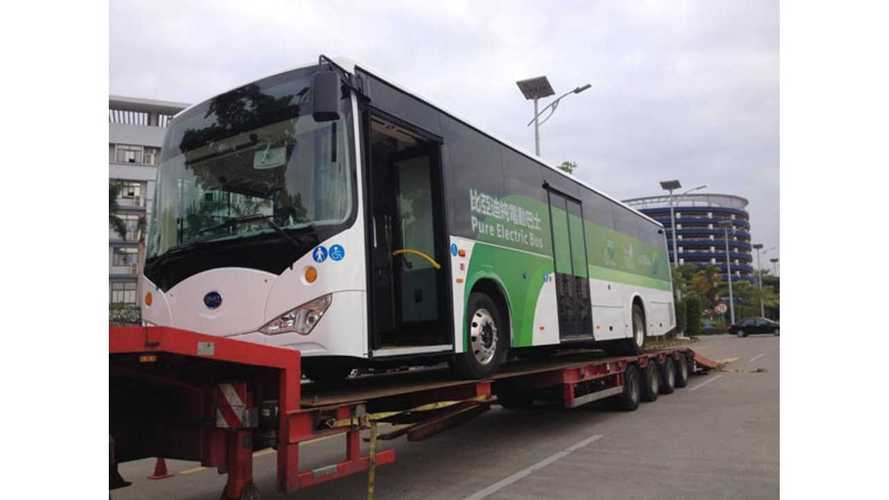 Another day and another city adds electric buses from Chinese company BYD.

The latest city is wealthy Macau, which is considered as Asian Vegas.

“Macau's per-capita GDP is 73,000 USD, and ranks No.1 in Asia. As a world-renowned business and trade cooperation platform and a gambling oriented world traveling city, it has earned more and more attention on environmental protection in recent years. The operation test of BYD ebus will play a significant part of Macau’s environment protection in the future!”

For now, Macau began an “Electric Vehicle Pilot Program” and will use one electric bus. But after evaluation, more could be ordered, especially since according to press release emissions from ICE cars are the major source of air pollution in Macau.

"Since roads in Macau are winding and narrow. The road operation test situation of the phase 2 is strict, avoiding the flat and broad roads of a normal test. In the next few months, the electric bus will be tested on the complicated roads of Macau’s old town and historic core districts to test its energy consumption rate, driving range, braking system, fuel economy, energy saving and emission avoidance. The whole process will be monitored by an expert team which is made up of Macau government officials, technical professionals, and experts all over the world, which sets the bar quite high for BYD."