Who Is Stopping You From Getting Software Updates in Your Automobile? 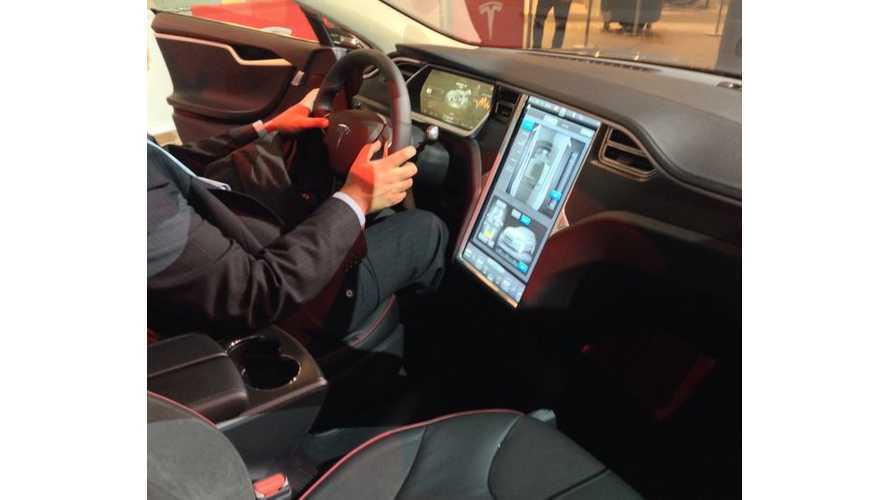 Does Tesla See Its Product As An Electric Device?

On January 10, Tesla issued a statement on its Model S charging adapter.

Later, Tesla handled the potential problem implementing an over-the-air software update with plans to mail the 14-50 adapter yet to follow. In our world of software today, we are use to regular automatic software updates from our electronic devices except for one: our automobile!

In the EV community, we were so focused on a possible fire and Musk's argument over "what is a recall" that we once again overlooked the way Tesla has changed the way we interact with our automobile. Automatic updates are so common to us that we don't see it as innovative, yet we don't seem to be put out by having to take our auto in to get them. I equate it to pumping gas and changing oil. You really don't see it as a nuisance until you don't have to do it anymore.

A recent financial article had listed the number one reason EVs will win is convenience. Now, this particular convenience does not have to be limited to EVs. However, it was an EV manufacturer that sees their product as an electronic device that made the forward thinking move. Tesla has, on numerous occasions both large and small, provided this service to their customers.  From infotainment updates, to making the decision to raise their optional suspension control at higher speeds due to two accidents involving road debris.

Automatic software updates is a move that all manufacturers will need to embrace sooner rather than later. Already, wireless connections are rapidly being used for infotainment, communications, adaptive cruise control, advanced braking, steering, acceleration and more. Tesla has however been the first to actively use this modern day tool for service. It is likely that Tesla will further the use of this in the next five years with auto pilot options.

With the many electronic advancements coming to the auto industry, bringing your car in for software updates is quickly going to become cost prohibitive. Now, we have come to expect bold innovation from Tesla, but this time the move was easier for them. Why? Because in the auto world, software updates are still viewed as a form of service and service is how dealerships make their money. Oh yeah, Tesla does not have those!

Whether the dealerships charge for software updates or not, they are still reluctant to give up control of this process. Whether it stems from security issues, implementation fears, or control, the dealerships have been unwilling to  remove themselves from the process. Meanwhile, the consumer suffers in both the inconvenience of taking time out of their day and sometimes an expense. Whatever the reason given, once again the new EV auto manufacturer is doing it with ease.

Now, automatic software updates are a part of our lives today, at least for everything electronic except your automobile. That is. unless it is an EV and that EV is a Tesla.