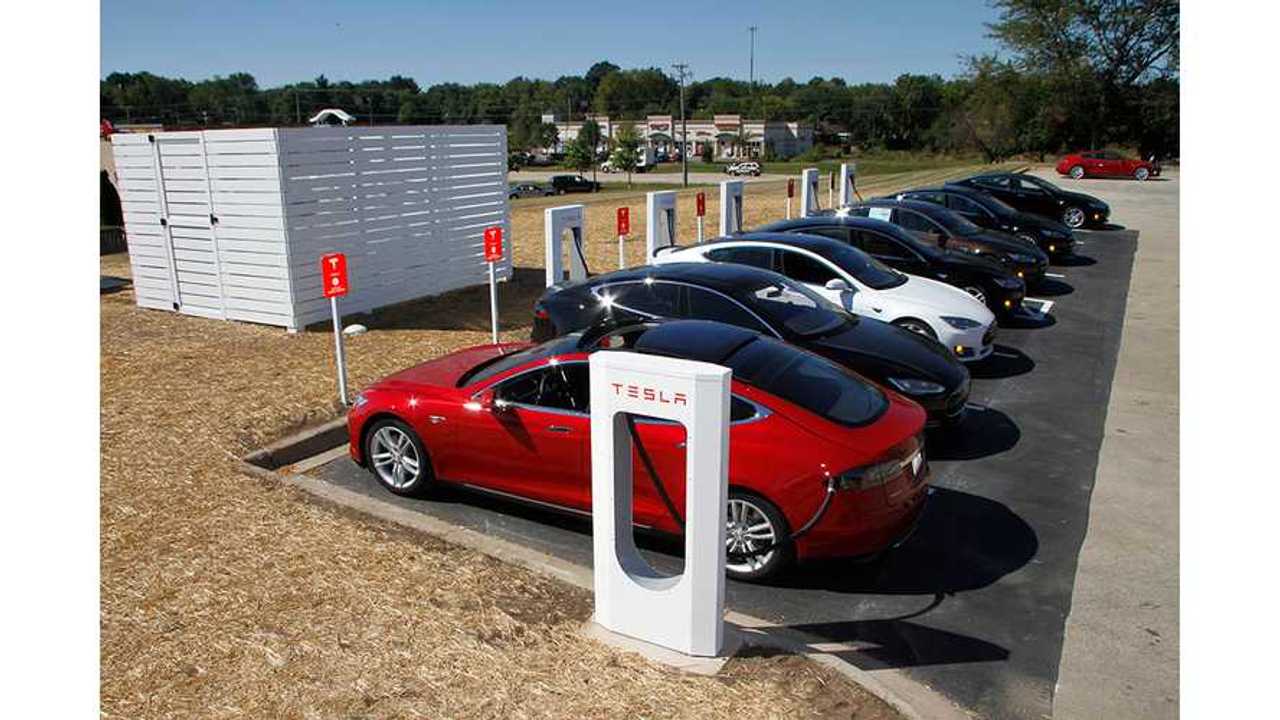 Judging by Tesla's forward-looking Supercharger map, it appears as though the automaker targets having ~250  operational Superchargers in the US by the end of 2014.

We know of dozens under construction right now and we're certain that Tesla's rapid Supercharger rollout rate can be maintained, but does 250 by year's end seem reachable?

How many Superchargers does the US need to be Supercharged?  We're sure Tesla has a figure in mind, but we're wondering what you think.  Is there a figure you have in mind?

Assuming Gen III will be Supercharge-capable, will Tesla then have to install hundreds or thousands more Superchargers?  Or should the automaker just add more stalls at its existing sites?